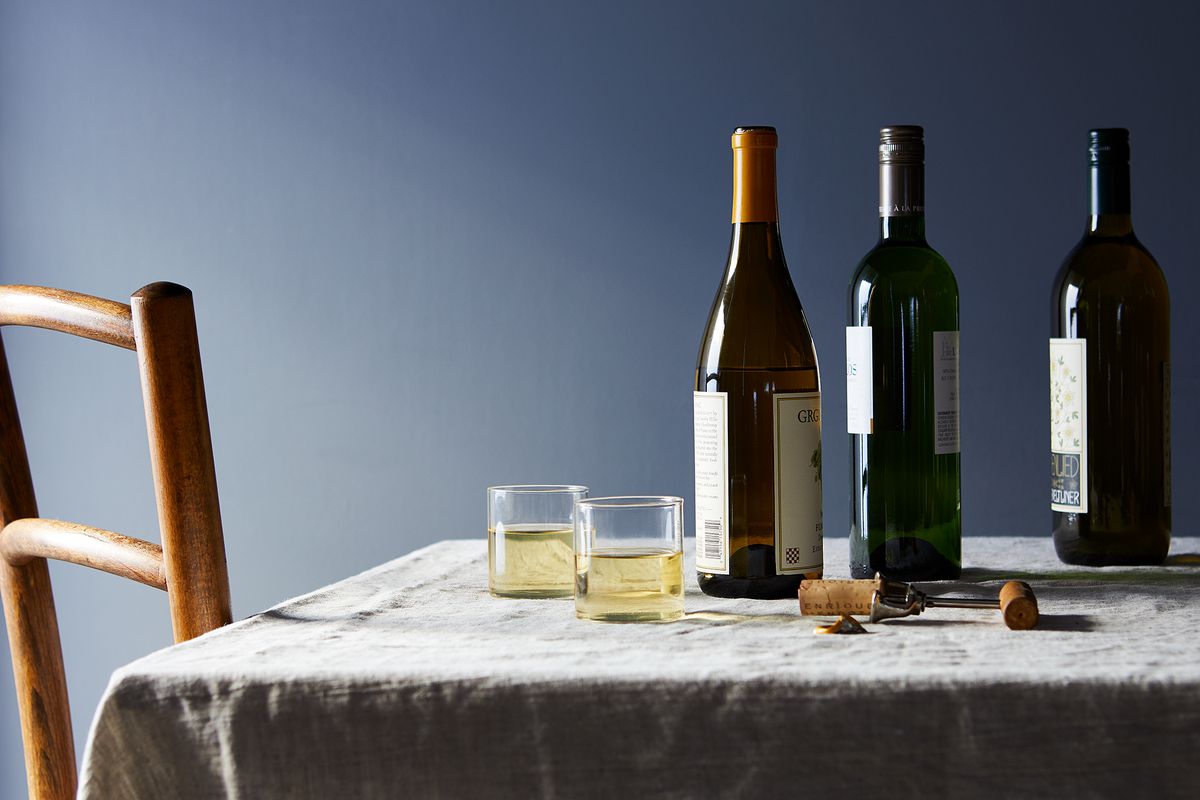 In 1998, divers in the cold Baltic Sea discovered thousands of bottles of Champagne that had sunk deep down in a Swedish schooner, which was wrecked by a German U-Boat in 1916. When the divers brought some of these bottles back up to the surface, the first thing everyone wanted to know was if it was even drinkable. After popping a few corks, wine experts discovered that not only was the Champagne unspoiled, it was surprisingly delicious.

As wine producers around Europe watched, the story unfold in Sweden and then in London where the bottles were sent for analysis, an idea began to take shape. If the underwater wine from this sunken ship was that good, why not deliberately sink more bottles?

At first it was more of an experiment, an exercise to see what might be possible. But it soon became clear that underwater wine could be a commercial venture. Gergö Borbély, founder of ElixSea, comes from a Hungarian wine-making family and happens to have a passion for diving. After traveling the world for years diving caves and reefs, he found the perfect way to combine his two loves. In 2017, he and his wife Mariona Alabau set up ElixSea, an “underwater winery” in Priorat, Spain, and began aging wines in the Mediterranean Sea.

“After years of experimenting and different trials, our wines are now aging 3 to 4 times faster than their control samples, which is the same wine but kept in a wine fridge,” said Borbély. “This gives them a more mature character, much smoother, lower levels of tannins, and more balanced acidity.”

Visitors to ElixSea can see the difference at one of the winery’s tasting events, where guests taste underwater wines alongside their land-aged counterparts. The land-aged wines have been aging for 3-4 years, while the underwater wines have been submerged in the sea for just 6 months. Visitors can try the Sea Star wine (a Grenache) or the Lega Sea, a careful blend of Grenache, Cabinet Sauvignon, Syrah, and Carignan, and yes, you can buy them.

“20 to 30 meters below the sea, the temperature is constant, the pressure is up to 4 times higher than on the surface,” said Borbély, “and there is constant motion generated by the currents and tide changes. These conditions give the wine a character previously unheard of.”

Making underwater wine is still an exercise in adventure. It’s as much about discovery as delving around in old sunken shipwrecks. Some of the wines are aged before going underwater, like ElixSea’s Lega Sea, which is aged on land for 12 months in French oak barrels before being submerged. But most underwater wines spend their entire fermentation time under water.

In 2019, Austrian winemaker Josef Moth was chatting with a friend when the topic of the dredged bottles of Champagne from the Swedish schooner came up. They talked about the winemakers, like Borbély, who were deliberately sinking their own bottles. Moth got to thinking. What if he could do it better by going even deeper underwater? He didn’t live near the ocean, but he wasn’t about to let that stop him. One day he gazed out over the Alpine Lake Constance and imagined his wine taking its own journey underwater.

Lake Constance is a freshwater lake, so it was a slightly different experiment to the ones done in the sea, but the absence of salt water doesn’t affect the process since the wine doesn’t come into direct contact with the water.

The plan took some organizing, as Lake Constance is protected by the International Commission for water protection. The lake borders three countries—Austria, Germany, and Switzerland—and supplies their drinking water, so getting a permit wasn’t easy. Eventually local authorities agreed to let Josef try submerging his wines in the lake, on the understanding it would be a one-off experiment. He used some wine that had been aged for a year already, left some on land as test samples, and then took his underwater wine down to 60 meters below the surface and left it there for another year.

“After intensive briefings with professional divers, it turned out to be the maximum depth for us under the given conditions,” Moth said, leading me to believe he would have gone deeper if he could. But even at this depth, there was a noticeable difference in flavor.

“Although each one of us, as well as the scientists we consulted, including Professor Robert Steidl, Head of the Federal Office for Viticulture, could not imagine that something would happen with the wines, we can say conclusively that something has happened.” Moth noted. “Chemical and sensory analysis showed that the wines are significantly more aromatic.” Moth is currently planning three follow up projects to his Lake Constance experiment, all of which are strictly secret for the time being.

They are also significantly more expensive. While you can pick up a land aged wine for as little as $8, you won’t find any ocean submerged wines under $100. The wines submerged in Lake Constance sell for $145 but as Gergo explained, they really are unique.

“The wines get the characteristics of a 3 to 4 year older one,” Borbély said, “but due to the relatively short period of time underwater, we found 6 months aging in the sea to be ideal, so that they maintain their younger characteristics.”At ElixSea, the next phase of underwater wine production sees Borbély acting as a consultant to any other wineries who want to embark on their own journey of discovery. “We are providing consultancy and our experience alongside the necessary legal documents to age wines under the sea.” This is a new venture, but Borbely is confident that there’ll be no shortage of customers for his consultancy skills.

The interest in underwater wine does seem to be increasing. Terramare Wines exhibited their underwater wines at The Bellavita Trade Show in London last year. Nelly Ward from Vinum Fine Wines, who attended Bellavita, found the wines intriguing and says “The finish is long, persistent, with a certain salty mineral, almost iron flavor.”

Underwater wine requires a shorter aging time, but brings results of equal quality to land aging, meaning production can increase. It’s no wonder more wineries around the world are considering their own underwater options.

Have you heard of wine aged underwater? Would you try it? Let us know in the comments!

It's Peach Season, Y'All! Here's How to Order Them Online