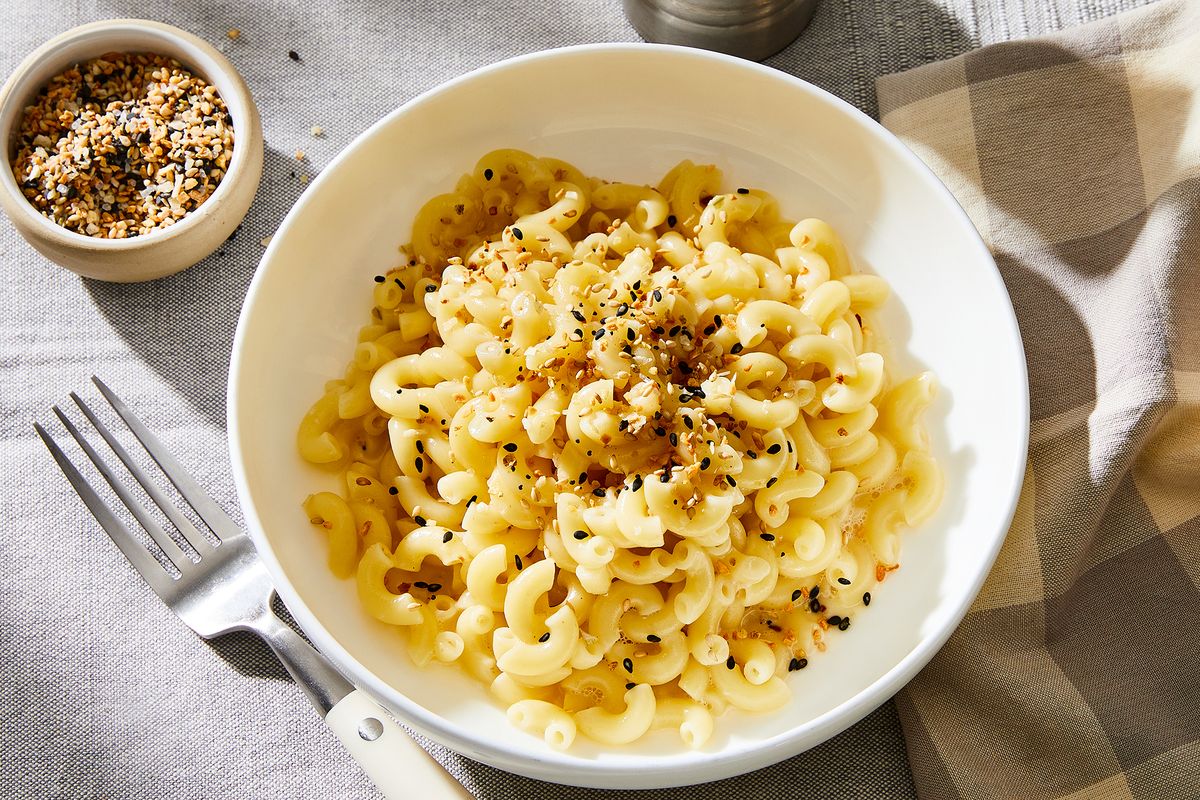 Does pasta have a place on the breakfast table? According to recipe developer Olivia Mack McCool the answer to that question couldn’t be simpler—and she has the recipe to prove it.

“I started making this pasta out of sheer necessity,” writes McCool, describing the dish that became known in her home as “Breakfast Pasta.” At the time, McCool was suffering from severe morning sickness, which left her unable to enjoy many of her favorite foods. The combination of pasta, butter, and egg, however, still held promise.

“When I was pregnant, during the first trimester, I had horrible morning sickness and just about all food made me nauseous,” McCool says. “Buttered pasta was one of the only things I could stomach. One day, I thought to add an egg to it for protein.”

The dish ended up being a staple throughout the rest of her pregnancy. It was filling, incredibly quick to make, and used ingredients she always had on hand.

So what exactly is breakfast pasta? In McCool’s version, drained pasta (any short shape will do) gets added back to the still-hot pan it was cooked in—along with a generous hunk of butter. Once the butter is mostly melted, just crack an egg into the pan and stir the whole concoction vigorously. The residual heat from the pasta and pan cooks the egg, while the emulsification of the egg and butter creates a glossy sauce. Top the saucy, coated pasta with a sprinkle of everything bagel seasoning, and you’ve got a solid breakfast (or lunch, or dinner).

Avid home cooks will likely recognize this technique—of using egg to create a silky pasta sauce—as the same principle behind a Roman-style carbonara. However, where carbonara employs pork (typically guanciale or pancetta) and a generous dose of cheese (often Pecorino or Parmesan), McCool keeps her ingredient list as simple and no-frills as possible to save herself from extra trips to the supermarket or specialty butcher.

“I make carbonara all the time. I love carbonara,” McCool says, elaborating on the technique behind her recipe. “That was what my Italian dad made us when we didn’t have a lot of time.”

The idea of taking carbonara—in all of its bacony, eggy goodness—and turning it into a breakfast dish is not an entirely new one. The Kitchn’s version substitutes white cheddar for the traditional Pecorino or Parm. Alton Brown’s recipe, adapted for The New York Times, incorporates breakfast sausage, scallions, and a panko breadcrumb topping. And in 2018, we wrote about champion boxer Laila Ali’s cookbook, Food for Life—and the breakfast pasta (made with eggs, turmeric, and cheese) she often served to her two young children.

According to McCool, the reason for the dish’s enduring popularity is simple: “I think people like something that is super simple to make but wows them when they take a bite,” she says. “Good quality ingredients and simple techniques and you can feed yourself quite well.”

Ready to try breakfast pasta for yourself? Find the recipe below—and be sure to tell us what you think.

Do you eat pasta for breakfast? Share your thoughts in the comments!

What Amanda Hesser Can't Do Thanksgiving Without