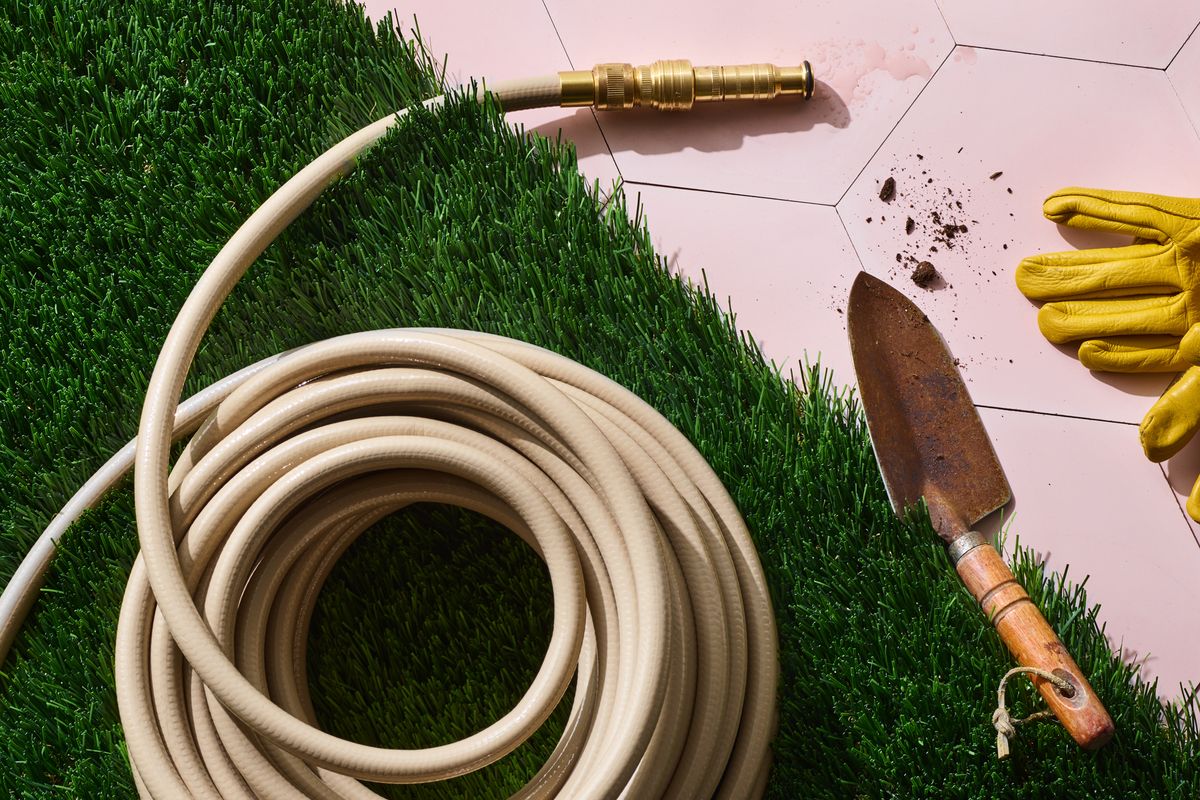 A few summers ago, not a single one of my pole beans bloomed, which is odd because they are one of the most dependable, fuss-free things to grow. I later realized that it was simply too hot. Temperatures above 90°F slow down plant growth, and temperatures above 104°F put plants under serious heat stress. A plant under stress does not waste energy blooming—it’s in survival mode. Once the heat wave was over, the flowers on my beans appeared.

Heat waves are tough even for heat-tolerant and sun-loving plants such as tomatoes and watermelons, so it’s only natural when a garden takes a beating from record-high temperatures—even if you watered it properly during the heat wave.

And while you might have to swallow some losses, this is not the time to give up on the garden you worked so hard to plant—there are a bunch of things you can do to bring your plants back to life. Here’s how.

Give Container Plants a Good Soaking

Take care of any plants in pots or window boxes first, as they are the most vulnerable.

Slowly immerse smaller pots in a large bucket of cold water. Initially there will be a lot of bubbles coming out of the pot, but as the soil gets saturated with water, they will subside. Once the pot feels heavy, remove it from the bucket and let it drain thoroughly. Water large containers and planters slowly but deeply until water runs out of the drainage holes.

After soaking your container plants, place them in a shady location until they look revived. For containers that are too large to be moved, create a temporary shade protection, for example by positioning an umbrella over them, or putting a deck chair covered with a beach towel in front of them.

Water and Watch Your Veggies

Provided that you have watered your garden during the heat wave, chances are that most plants will have survived, even if they don’t look their best.

First, assess which plants are completely shriveled up, parched, or collapsing, and thus clearly dead, and which ones only show wilting and other signs of heat stress. Water all the plants that are not dead slowly and deeply. Early the next morning is usually a good time to tell which ones you were able to revive, as the lower nighttime temperatures help plants recover.

Go easy on cutting off any leaves that don’t look right. Rolled or cupped leaves on corn and tomatoes are a protective mechanism of the plant in hot weather to reduce the leaf surface and thereby minimize moisture loss. Squash and other plants with large leaves have a different, equally smart trick to deal with heat: The edges of their leaves dry up but the leaf as a whole stays functional. Stripping a plant of those leaves, which usually recover after the heat wave is over, deprives the plant of its ability to perform photosynthesis.

If you haven’t weeded your garden, or mulched around your plants, don’t delay—do it now. By pulling weeds, you remove major competitors for water and nutrients. Mulching conserves soil moisture, keeps the soil cooler, and suppresses weed growth.

It does not take a heat wave to make lettuce and other leafy greens, as well as herbs such as cilantro, go into survival mode and develop a tall seedstalk, by which the plant ensures there’s a next generation. This process, called bolting, naturally happens during hot, long days, and it makes the lettuce taste bitter. If that happens, harvest the lettuce right away and taste it; it might still be palatable. If it is only faintly bitter, you don’t have to throw it on the compost pile; the bitterness can be masked by a salad dressing.

The other damage that your garden crops can suffer during a heat wave is sunscald. It usually shows on the side where the vegetable or fruit is exposed to the sun. Sunscald looks different depending on the crop: It can be a discoloration (white or yellow); a soft, watery, sunken, or hardened and dried area; or blisters on the skin. Pick all the affected crops right away, because the damaged surface is an entryway for pests and diseases. If it’s only a small area on a larger fruit, such as on a bell pepper, cut the damage out and use it right away. It is safe to eat.

Back Off on Fertilizing and Applying Chemicals

The general approach is to give plants time to recover after a heat wave. That also means not to fertilize when a plant is in survival mode. Feeding it extra nutrients to trigger new growth stresses the plant out even more. Delay fertilizing for at least a week after the heat wave is over.
Also wait for plants to recover from the heat before applying any chemicals to control pests and diseases. Many products (including organic ones) can damage plants when temperatures are consistently above 80°F, so check the label before spraying anything.

Plan for the Next Heat Wave

If you had plants die in the heat wave, try to use this as an opportunity to learn from it and adjust your gardening and landscaping to prevent such losses in the future. If your lettuce got scorched in the hot sun, using tall plants such as tomatoes to cast shade on it during the hot afternoon hours can help protect it from the worst. A special shade cloth also shields plants from the sun.

Or it might be time to rethink your lawn. If your vegetable patch is literally baking in a backyard with nothing but turfgrass surrounding it, consider converting at least part of your lawn and replacing it with native plants that do away with mowing, create a buffer, withstand extreme heat better, and provide a habitat for much-needed pollinating insects. A manicured lawn can act as a mirror, reflecting heat to surrounding plants, whereas native plants absorb and deflect that heat.

Has your garden been affected by a heat wave? Let us know how you’re taking care of it.

Winemakers Are Aging Bottles Underwater. The Result Is Delicious.

Every Delicious Tasso Ham Recipe You Need to Know