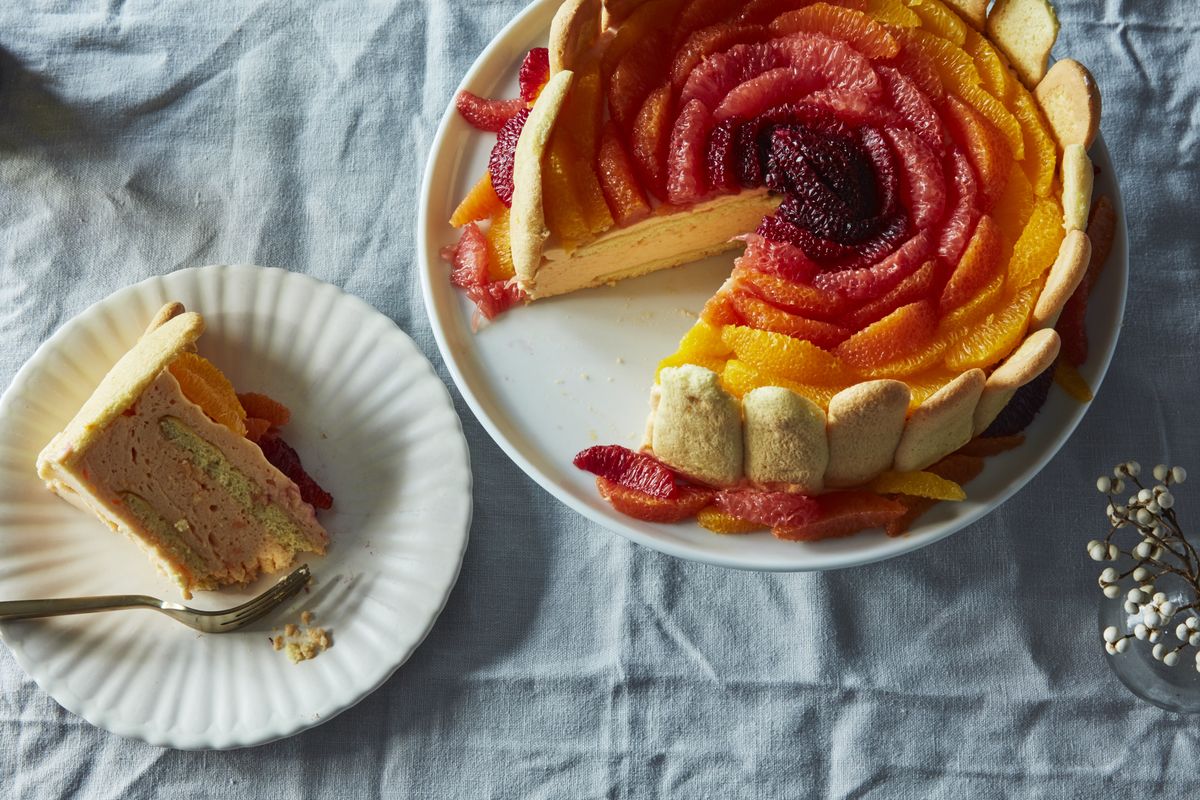 This week the signature challenge hit all the sweet spots (pun intended) of great culinary television: a simple, widely known dish that loans itself to plenty of interpretation and personalization. Done right, a Charlotte almost always looks fantastic, too—one of its hallmarks is the imprint of its decretive mold.

At its core, the Charlotte is a dessert made in a mold by the same name, using a sponge base, often with softened ladyfingers, as in a tiramisu. From there, the dessert splinters into several different versions: baked ones filled with fruit, like the well-known apple charlotte, and unbaked ones, most commonly known as the cream-filled Charlotte Russe.

The Oxford Companion to Food tracks the origins of the Charlotte to the turn of the 19th century, matching up to the era of King George III and thus Queen Charlotte. But—as with so many dishes—credit for the Charlotte Russe goes to Marie-Antoine Carême. Originally, his version was the Charlotte a la Parisienne (the Parisian charlotte) but at some point shortly thereafter, it evolved into the “Russian Charlotte,” or Charlotte Russe.

Food52’s resident baking BFF Erin Jeanne McDowell describes her Citrus Charlotte as “A fancy-pants cake, but it’s crazy beautiful.” Sure, it’s a fair amount of work, but it makes for a stunning centerpiece for a special occassion, such as a holiday feast. Better yet, it’s a make-ahead dessert that needs to fully chill before serving.

The Citrus Charlotte uses a traditional sponge cake batter for a dual purpose, creating both the layers for the inside of the cake and to make a bunch of ladyfingers, which elegantly line the outside. This recipe is definitely a project: it requires seven egg yolks and, separately, their whites—plus five more eggs and three more whites for the mousse. First, whip the yolks, then the whites, and fold them together ever so carefully, before piping the batter into spiral circles and ladyfinger-shaped outlines and baking them.

Once those finish baking and cooling, prepare the mousse and work fast, ladling the mousse into the pan, lining the outside with the ladyfingers, and then stacking the cake layers, alternating with the mousse. Once assembled, place it in the freezer to set, which is exactly what makes it a great make-ahead dessert for an event. Once you remove it from the freezer, add the final decorations; in this case, McDowell recommends an ombre of citrus.

But what makes the Charlotte both a great signature challenge and project recipe at home is the adaptability, like using pre-made ladyfingers for a quick no-bake mixed berry version, summer fruit for a baked one, or roasted applesauce for a savory riff.

Have you ever attempted to make a Charlotte dessert before? Tell us about it in the comments below.

5 Laundry Mistakes You Didn’t Realize You Were Making

A Low-Pressure Guide to Using a Pressure Cooker