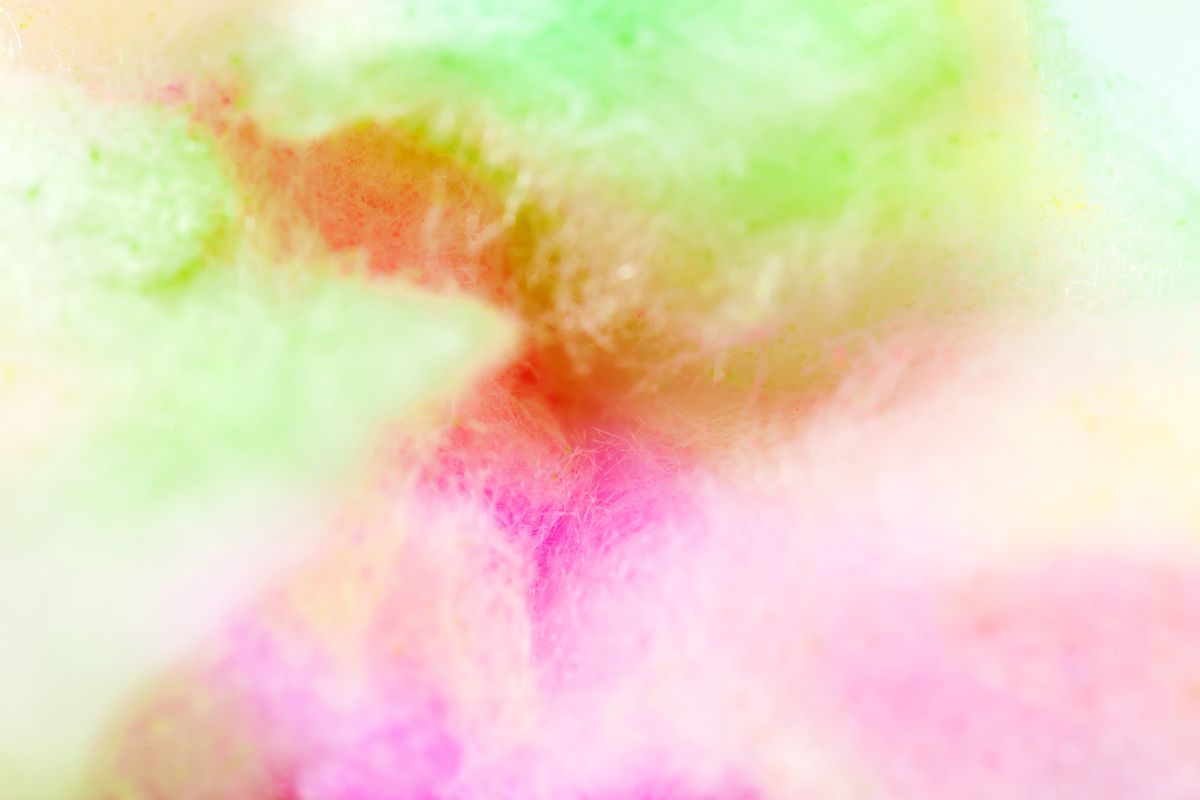 Tenth Helpings is a humor column from our culture critic, Ella Quittner.

I am a Child of the ‘Corn. I was born in 1991 in Long Island—not on, never on—and so I spent much of my youth perusing the Lisa Frank section of our local Rite Aid. Once every few months, I was permitted to buy a pack of stickers, with which I would decorate everything from the plastic-sheathed diary I toted around but rarely wrote in, to the wall of my bedroom closet.

The rainbow leopard was a choice sticker, funky and chic, and a little bit scary. The hot air balloon also had chops; it got to its point rather quickly, and had the added benefit of fitting nicely in between the curvy heart and the shooting star, thanks to its top-heavy design. And I wouldn’t have kicked the oversized butterfly out of a three-pack.

But there was no Lisa Frank sticker more powerful, more omnipotent, more thick with the potential of what life was and what, ultimately, it could be, than the unicorn. The unicorn was the holiest body, the most transcendent form I had ever seen. Conceptually, to me, it represented immortality, and visually, it was all iridescence and bliss. Slap one of those little fuckers on a binder, and suddenly, it did not suck to do math homework.

At some point in the last three decades, I lost touch with that magic. Or something. I must have! It’s the only way I can explain my gut reaction just a few weekends ago, when I discovered a product called “mini funfetti unicorn pancakes” at my local Gristedes, and I wished, in that moment, to be shot directly into the sun.

The Great Unicorn-ing of Big Grocery probably peaked around 2018, when every conglomerate from Kellogg to General Mills had a rainbow-hued offering on shelves. Which is not to say that there’s been much of an ebb. Today, the following unicorn-flavored products are available within a several-mile radius from my apartment: a Betty Crocker Unicorn Cupcake Kit, Snack Pack’s Unicorn Magic Pudding, Little Debbie’s Unicorn Snack Cakes, Funfetti Unicorn Vanilla Frosting, Bang’s Energy Rainbow Unicorn Drink, Key Food Two Bite Unicorn Cupcakes, and the aforementioned mini pancakes, dispatched directly from Satan.

And as I stared down at those tiny, tiny, pancakes, I realized that I couldn’t do anything about it. But I could try to understand it. Empathize with it. Become one with the trend. Maybe, just maybe, rediscover the magic.

That night, in the bath, as I idly traced the outline of a psychedelic hot air balloon against the wet wall, I considered my path forward. It was clear. I would taste every single unicorn-flavored item I could get my hands on. I would eat those processed snacks until I bled pink and blue, until I burped confetti, until I was the ‘Corn and the ‘Corn was me. And then, perhaps, I could never think about it again.

Here are my field notes:

The flavor “unicorn” is sweet—often too sweet, the kind of chemical saccharine that eventually turns to tongue fuzz. Sometimes, “unicorn” is simply a dog-whistle for cotton candy. Other times, it is unabashedly “berry-flavored,” which is not to be confused with the actual flavor of a berry, and which signifies a distinct tang not found in nature, but which is closely related to a Dum Dum lollipop or Lip Smackers gloss. It can also taste like any of the following, on their own or in jarring and disturbing amalgamations: sugar cereal, cherry fluoride, imitation vanilla, Fruit Loops, packaged cake mix, Go-Gurt, bubblegum, and nothing at all.

The flavor “unicorn” is never meaty, never horse-like. Never literal, never horned. Sometimes a unicorn-flavored product will reference the shape of a unicorn, but more often than not, it will lean on lurid food dye to make its point.

The flavor “unicorn” can exist in most any format, because society has determined through its inaction on the matter that the flavor “unicorn” need not adhere to any social contracts. It is lawless. It is chaos in a two-bite cupcake, mayhem in a neon can. We saw the unicorn-flavored products emerge, and we sat at our little desks, typing away at our little computers, hitting send on our little Tweets, and we did not band together to protest, we did not provide feedback in any form, and now my tongue is the color of Smurf bile and my head hurts so badly that I wish to detach it from my body.

The flavor “unicorn” is a violation of everything that Lisa Frank stickers stood for.

The flavor “unicorn” takes no prisoners. It doesn’t give a shit about our expectations. If it were a person, it would be the person who always shows up early to your dinner party in a loud outfit, but not in a cool way. It would be a shock jock. Someone you said hello to, to get it out of the way, before excusing yourself to find the bathroom. The flavor “unicorn” would be a really hot person with a horrible personality, a personality it didn’t reveal to you until it was too late.

The flavor “unicorn” is a violation of everything that Lisa Frank stickers stood for. It is not whimsical, it is not fundamentally a thing of beauty, and it does not make you want to take a little LSD. It is neither fanciful nor fun. The flavor “unicorn” also has nothing to do with an actual (mythical) unicorn, which would bring tears to my eyes, because she would be so beautiful and so free.

Should you get a little drunk before tasting it, the flavor “unicorn” can be pleasant and satisfying, if a little rough and treacly around the edges. It can hit the spot, so long as the spot is messy and large, an easy target.

The flavor “unicorn” is probably meant for kids. But there are other edible treasures better suited for the kids. Hot dogs cut into boxed mac and cheese! Freshly baked cookies! Dumplings of any kind!

The flavor “unicorn” is a philosophical problem, more than it is a flavor. It calls into question the whole concept of “delight.” How could a snack so sparkly, so affordable, so available in the Gristedes beneath my apartment be so (mostly) ghastly? Either it is a means to an end—corporate America and late-stage capitalism and the grift that is co-opting millennials’ nostalgia for sales of hyper-processed junk food, all rolled into a glittering ball—either it is that, or there is no God. Or there is a God, but he is a dick. The flavor “unicorn” therefore may be the root of all evil, because it engenders such questions. And a whole litany of answers. Like, either God is a dick, or humans are very bad. The flavor “unicorn” makes me think, probably, that humans are very bad.

The flavor “unicorn” will probably outlive us all.

Use Your Garden Bounty to Make Green Tomato Crumb Cake