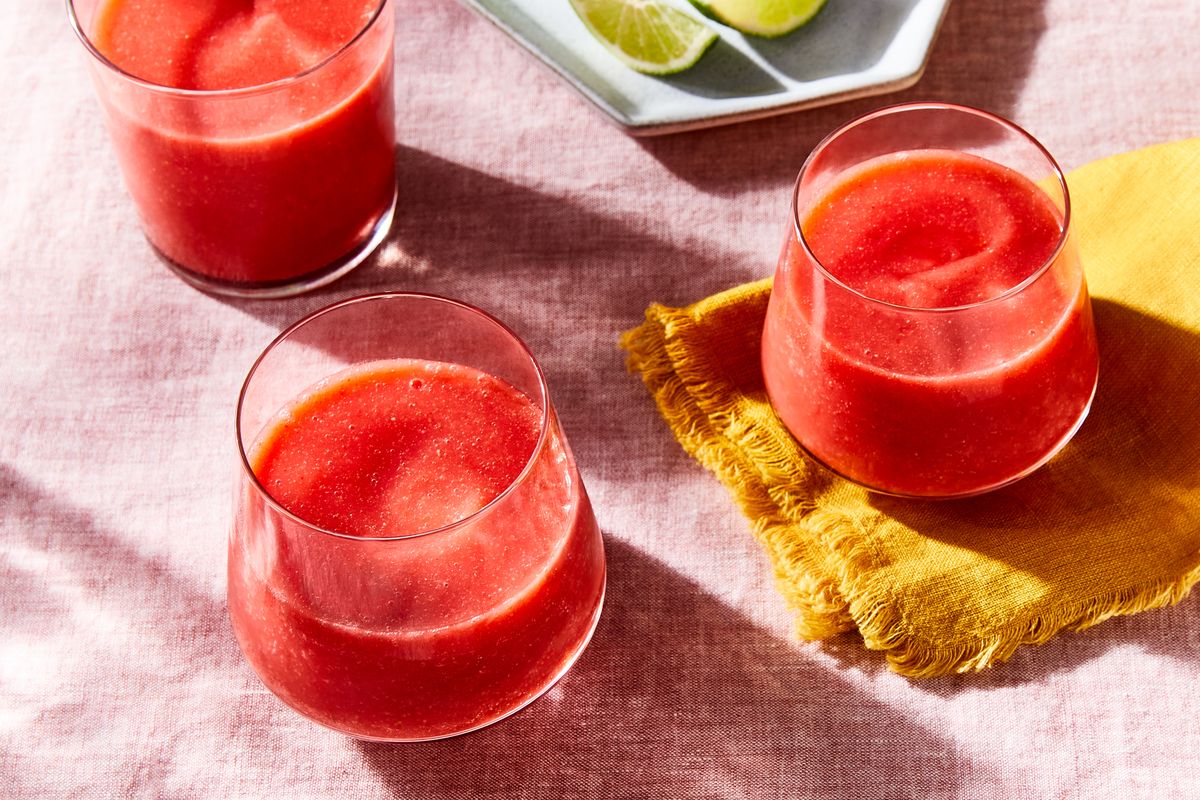 Along South Beach’s signature, neon-clad streets, neighboring sidewalk cafes peddle menus to tourists hoping they’ll stop and sit. Frozen daiquiris in varying pastel shades dot the tables. Some are served in large glass goblets, while others skip the glassware altogether and pour the pre-prepared cocktail directly from the machine into flimsy plastic cups dominated by an oversized straw.

Perhaps it’s Miami’s party-heavy vacation reputation coupled with the south Florida humidity and heat that have made the frozen daiquiri a signature cocktail here. Despite Cuba being the birthplace of the daiquiri clásico—a three-ingredient drink that’s been called the “granddaddy of rum cocktails”—it’s been outshined by the sugary slushy in the century since.

Miami started morphing into a serious cocktail city over the past decade or so, thanks to bars like the Prohibition-style Regent Cocktail Club and Broken Shaker.

El Floridita in Havana, considered “la cuna del daiquiri,” or cradle of the daiquiri, where the frozen version is said to be invented (and where papa Hemingway often overindulged) is largely responsible. The bar is a requisite for first-timers in Havana; it’s similar to going for a Singapore Sling at Long Bar at Raffles or a Bellini at Harry’s Bar in Venice. On a recent trip to Havana in 2017, I hoisted myself up onto one of the round stools at El Floridita and watched, captivated, as bartenders in matching cherry-red aprons and ties put on a performance-like display, pouring Havana Club rum into a series of blenders along the bar. But after one sip of the tart, granita-like drink, I got my fix.

“In the 1990s and early 2000s, everything was around the frozen daiquiri in cities like Miami and New Orleans,” says Cuba-born Julio Cabrera, owner and “cantinero” of contemporary Cuban bar and restaurant Café La Trova in Miami’s Little Havana neighborhood. “But with the boom of mixology and revival of classic cocktails, daiquiris are getting more popular.”

A good daiquiri should be served really cold (but not overdiluted) in a coupe glass.

Miami started morphing into a serious cocktail city over the past decade or so, thanks to bars like the Prohibition-style Regent Cocktail Club and Broken Shaker. Cabrera is part of the rising renaissance. Along with award-winning bartender and founder of Sweet Liberty John Lermayer, they helped make the daiquiri a fixture at bars, ultimately giving Miami serious cocktail credibility.

At Café La Trova, daiquiris are prepared the same way as the Cuban original—in a shaker with granulated sugar (not simple syrup), fresh lime juice, and BACARDÍ white rum. “I don’t double-strain—I don’t mind a few pieces of ice floating on top of the cocktail,” Cabrera says. A good daiquiri should be served really cold (but not overdiluted) in a coupe glass, he adds.

Cabrera champions the “cantinero” style of bartending from Cuba that kicked off in the early 20th century. Like at El Floridita, Café La Trova is a theatrical experience—drinks are vigorously shaken and “thrown” through the air in an acrobatic fashion. “Everyone makes theirs differently, but I’m seeing more and more places approaching the classic method,” says Danilo Bozovic, managing partner of Swizzle Rum Bar & Drinkery and author of Barkeep Book: The Art of Mixology, Bar & Cocktails. “The mojito may seem more popular, but the daiquiri is gaining steam and people want to try the authentic version—but they’re switching things up with overproof and funky rums from French islands like Guadeloupe or even places like Mexico.”

The classic expression nods to the city’s characteristically Cuban culture, but the cocktail continues to be modified and modernized, a reflection of Miami’s rapidly growing restaurant and bar scene. At Swizzle, the Floridita Daiquiri #2 doesn’t vary too much from the classic, except for the housemade, nonalcoholic orange cordial. But at some of Miami’s historic venues, like Ball & Chain on Calle Ocho, playful spins include the guava purée-infused pastelito daiquiri, which is garnished with a flaky Cuban puff pastry. Viet-Cajun Phuc Yea’s carbonated version, 90 Miles, comes mixed with salted coffee Fernet-Branca and a side of peanuts, while Airmail, located in the Alton Food Hall, has resurrected another variation of a daiquiri, the namesake, sparkling wine-topped Airmail.

Designed as a celebratory cocktail, the Airmail marked the revolutionary shift of letters being delivered by plane from Cuba to Miami beginning in the 1940s. “It’s a vintage cocktail—even past classic cocktail status—that not many people know about, but it’s special because it shows how a culture celebrates,” says Taryn Olsen, Airmail’s executive creative director. “Like daiquiris in general, it’s a tangible representation of the relationship between Cuba, Latinx culture, and Miami.”

“While the mojito is more of a symbol of Cuban culture for Miami, the beauty of a daiquiri is that it’s such a simple drink—when done properly,” says Gio Gutierrez, a Miami-based, Cuba-born content creator and Havana Club Rum brand ambassador. “Cuba is special for these iconic drinks, and, similar to New Orleans with its cocktail history, the daiquiri is a great example of a Cuban classic that has withstood the test of time.”

What’s your favorite iteration of a daiquiri? Let us know in the comments below!

9 Bevs & Bites to Toast the End of Summer