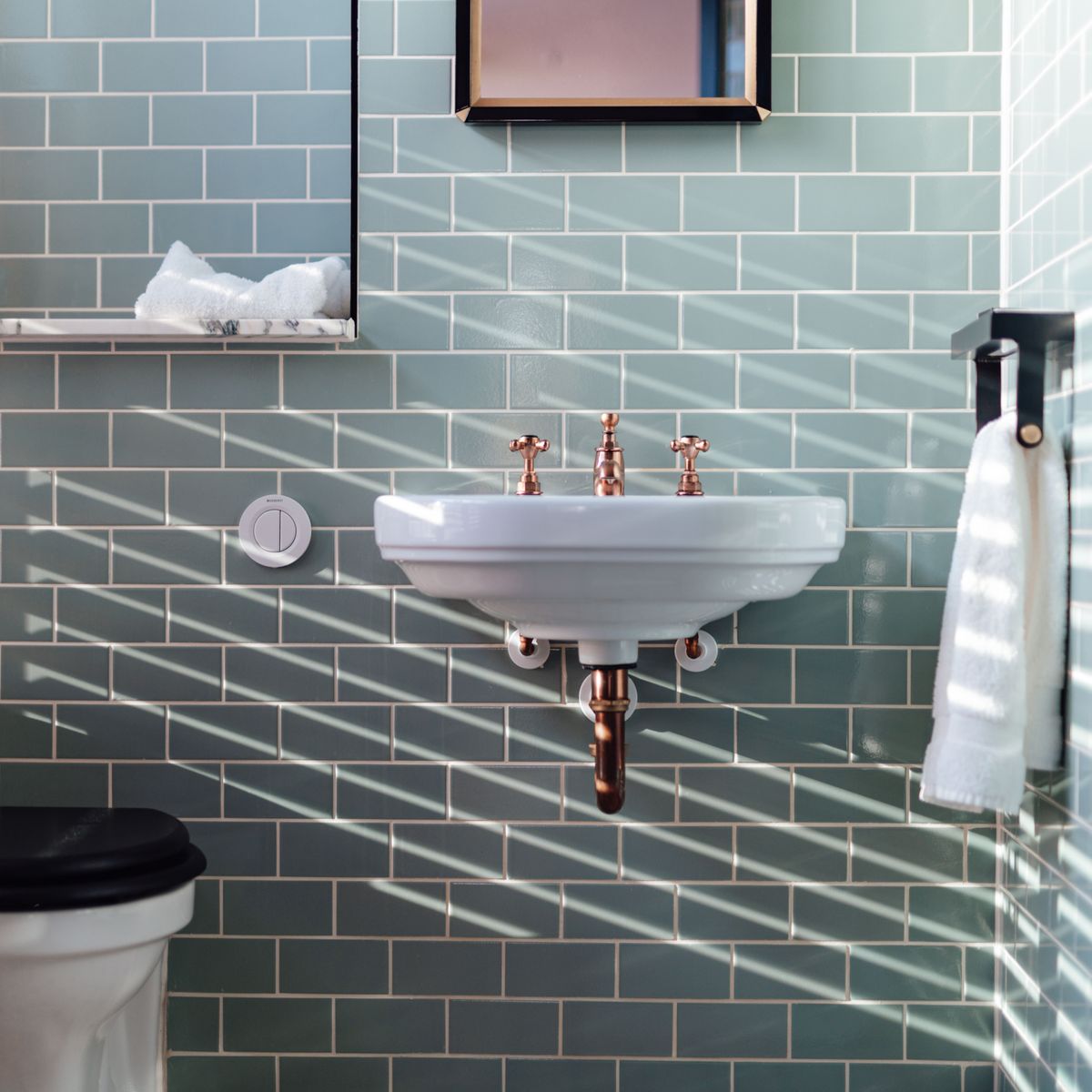 There comes a time in everyone’s life when we’re forced to deal with a dreaded drain clog. It could be caused by flushing too much toilet paper, letting hair go down the shower drain or putting grease into your garbage disposal, but regardless of the culprit, it’s important to know the best ways to unclog a drain so you can get your plumbing back in working order.

To find the best methods for unclogging different drains—including toilets, sinks and showers—we chatted with a plumbing expert, who shared his do’s and don’ts when it comes to clogs. Here’s what he recommends.

Put Down the Drain Cleaner

When you see that one of your drains is backed up, your initial reaction might be to reach for the bottle of drain cleaner that’s under your sink—I know I always have a bottle of Drano on hand, and I’m sure I’m not the only one. However, experts recommend trying to clear your drains with a plunger or drain snake first.

“While homeowners may rely on store-bought products to unclog a sink or drain in their homes, professionals recommend avoiding chemical drain cleaning products, as over time they can corrode pipes and cause a bigger hassle than anticipated,” says Michael Green, vice president of operations for Benjamin Franklin Plumbing.

“Most drain cleaners work by creating a chemical reaction right inside your drain pipe, often with the help of hydrochloric acid,” he explains. “These reactions typically generate heat, and that heat can do some irreversible damage to the pipe itself. This is especially true if the cleaner doesn’t do a quick or complete job of dissolving the clog, because the liquid chemicals will just sit on top of the clog while the chemical reaction is concentrated on one small section of pipe.” So while using Draino once in a while isn’t the end of the world, you’ll be doing your plumbing (and potentially your wallet) a favor if you reach for the plunger first.

How to Unclog a Toilet

At one point or another in your life, you’re going to have to unclog a toilet. But don’t fret! It’s easy to unclog a toilet when you have the right equipment. First thing’s first: If the bowl isn’t draining, resist the urge to flush the toilet again. You may think this will help push the clog down the drain, but in reality, it often just leads to the toilet bowl overflowing and makes a bigger mess for you to clean up. Instead, you’ll want to reach for a toilet plunger, which should have an extension flange on the end of the bell. This style of plunger makes it much easier to create a proper seal in the toilet bowl (and you can also use them on other drains by flipping the flange up into the bell).

To plunge your toilet, there needs to be water in the bowl, and you’ll want to angle the plunger so the edges of the bell form a seal over the drain. For your first push, don’t use too much force—there’s likely air inside the bell, which can make water splash out of the bowl if you plunge too vigorously at first. Yuck. Once the air is expelled and you have a good seal, go ahead and push the plunger in and out several times. This will force water back and forth in the drain, which is generally enough to loosen a clog. It may take a minute or two of plunging, but you’ll hear a draining noise that lets you know your efforts were successful.

Whatever you do, avoid putting any chemicals, including drain cleaners, into your toilet. “You want to avoid washing any chemicals down the toilet drain, especially if you have a septic tank,” says Green. “This can inhibit the natural breakdown of materials in your septic tank, as well as harm the environment if they are released in the drain field or back up into the yard.”

How to Unclog a Sink Drain

If your kitchen or bathroom sink is at a standstill, there are a few ways you can flush it out. An easy first option is to simply boil water in your tea kettle then pour it down the drain. Often, the hot water is enough to melt away soap scum or grease that’s causing the clog.

Another option is to try a homemade drain cleaner made from pantry staples. “If hot water isn’t enough to unclog the sink, mix equal parts vinegar and baking soda,” says Green. “Pour it down the drain, which will cause foam to form and fizzle. The foam and fizzling will eventually clear or dislodge the clog.” This works best if there isn’t any standing water in the sink, as the reaction needs to take place near the clog.

No luck? Then it’s time to pull out a plunger—there are mini plungers designed for sinks, but you can simply flip up the flange of your toilet plunger, as well. “Plungers are a great tool to unclog sinks–not just toilets,” explains Green. “Fill the sink with a few inches of water to create suction and steadily plunge up and down. After several plunges, the clog should begin to dissolve, and the water should begin to drain.”

How to Unclog a Shower or Tub Drain

Slow-draining water in the shower or bathtub is often caused by a wad of hair lodged in the drain, and this can make the situation a little trickier to manage. You can start by using the same clog-removal methods recommended for sinks, but if that doesn’t work, a drain snake is often the best way to clear the pipe. In particular, you’ll want to look for a snake that has barbed hooks on end, as this will allow it to easily latch onto hair and grime.

To use a drain snake, slowly feed the wire into the drain. You’ll feel resistance when you reach the clog, at which point you’ll want to twist the snake to grab onto the material. From there, slowly pull the snake back out and throw away the hair and other gunk that was stopping up your drain.

If you’ve been experiencing more clogs than usual, there are a few steps you can take to prevent future plumbing problems.

How do you prevent drain clogs at home? Let us know below!

For These Intrepid Gardeners, Every Seed Counts