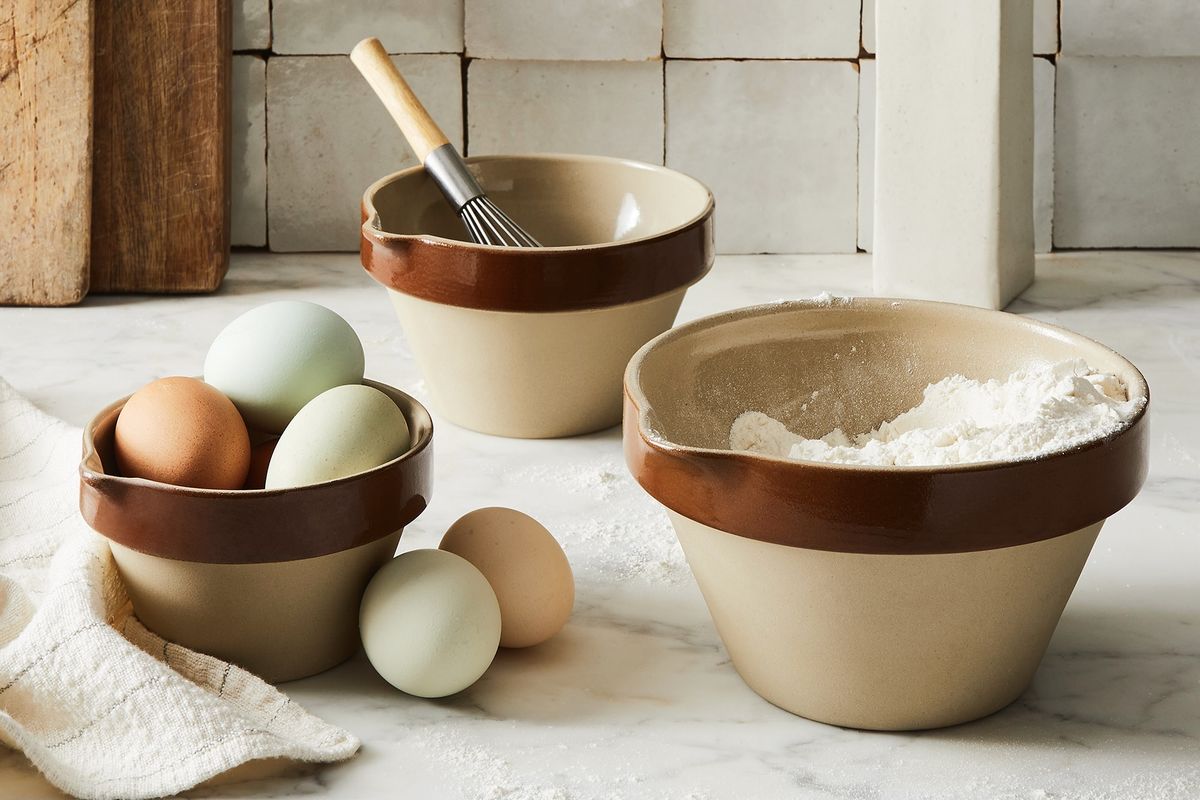 My family moved from Atlanta, Georgia to Boston, Massachusetts when I was a child, a dislocation that was the source of much tragedy, small and large. To be southern was to be special, but we seemed to lose our identities and our drawl overnight. At the same time, my mother discovered the price of heating oil for a drafty New England colonial home, died of shock, and then rose again to buy down booties and electric blankets. Not only were we no longer special, we had elf feet and slept in fear of being electrocuted by the blanket. Lost in the shuffle, I barely noticed that we could no longer buy Stivers’ Best, our family brand, in the grocery store.

The brand hadn’t been ours for a generation, even when we lived in our proper place where the dirt was red and the daffodils bloomed on my birthday. But it was founded by my great-grandfather, Theo Stivers, a miller from Cleveland, Tennessee. He moved his headquarters to Rome, Georgia in the 1930s and the flours, cornmeals, and grits were widely available in the regional grocery stores of my youth. My grandfather and his siblings grew up working for the Theo Stivers Milling Co., and the loss of it during the Great Depression was a theme of his conversation until the end of his life.

Growing up, the stories of the old mill were something of a family joke. One of my grandfather’s framed promotions for our flour advertised “The Stivers Sack,” causing great mirth to my mother and father, though as a child I couldn’t grasp why. My grandfather, Ted Stivers, wore pastel caps that matched his trousers, spoke in a slow drawl, and rebounded from the loss of his dad’s mill to run a milling-engineering consulting firm that built state-of-the-art facilities all over the world, including one in Saudi Arabia. In later years, he was proud of his contributions to a densely written, two-volume, self-published hardcover book on the history of “our” mill. Certain members of his family who had moved North and lost their roots failed to read it cover to cover.

Coincidentally—or maybe not—my life path has taken me into the food business as a writer and recipe developer. Several years ago, I looked up Stivers’ Best in order to use a southern brand to make the cornmeal dumplings mentioned in a Zora Neale Hurston novel. I found that the brand has a diminished presence, but its self-rising flour, self-rising cornmeal, and grits can still be found in Kroger and Piggly Wiggly supermarkets. At that time, Stivers’ Best was owned by Southeastern Mills, a fourth-generation family-owned company whose Better Than Bouillon is a household name. (The company has since reorganized and goes by the name Summit Hill Foods.) I also discovered that many of my questions could be answered by that unappreciated family book, Hard Work/A Vision, which was written by the second-generation owner of Southeastern Mills, Gaynelle Parrish Grizzard, and had voluminous contributions by my grandfather. To my adult eye, Grizzard’s book is a treasure trove, and my grandfather was right to be proud of it.

The book tells the intertwined stories of the Stivers and Grizzard family businesses, which started with two men in the food industry 100 years ago. My great-grandfather, Theo Stivers, was a “country boy” and survivor of polio, who had to leave school to start work in 1909 at age 14. He began doing odd jobs in a mill owned by his great-uncle. Grizzard’s father, Claude Umstead Parrish, was a Merita Bread salesman who went in on a commercial bakery in Emporia, Virginia in 1941 with $15 and sweat equity. Both men were good with numbers and both were interested in technology, branding, and sales. Parrish scaled down the bakery, making only 4.5″ pies (coconut was the most popular flavor), but scaled up investments in machinery, new technology like cellophane, and regional outposts for wide distribution of a fresh product. Theo Stivers hopped from accounting to sales, which he had a natural gift for, bought stock in the mill, and eventually opened a mill of his own.

Our stories converged in the 1970s, when Gaynelle and husband Vernon Grizzard, then running the Parrish-Grizzard businesses in Rome, Georgia, bought out Southeastern Mills, the then-owner of the Stivers mill. The Parrish-Grizzard bakery businesses had grown to include subcontracting for brands like RJ Nabisco (a notable creator of the Nature Valley granola bar). With the buyout of the mill, they inherited the physical plant built by my family and several of my relatives as employees. Linda Owens, a third-generation member of the Parrish-Grizzard family and current president of the holding company that owns Summit Hill Foods, tells me that the last of the Stivers machinery was replaced in the 1990s. Over time, under her family’s guidance, Southeastern Mills survived the ruthless economics of the flour and milling industry by focusing on mixes and seasonings. Owens describes her mission today as “flavors and textures,” and says her strategy is to “find small family businesses that we can buy and make bigger.”

My ancestors lived in a time when a regional salesman could build a business that competed with the largest corporations. Names like General Mills, RJ Nabisco, and Kelloggs appear throughout Hard Work/A Vision, if not quite as peers, as partners or competitors. Both the Stivers’ businesses and the Parrish-Grizzard business were about people, too, in the sense that they were family-run, multi-generational, and treated employees like family. And both families considered the business’s ethics to be an extension of the founder and an important part of the model.

I decided to try again to make the perfect cornmeal dumplings. I couldn’t get Stivers’ self-rising cornmeal up North, and I don’t use enough cornmeal, let alone self-rising cornmeal, to go through a 4lb bag. (This is a niche product these days, Owens says, bought mostly by people who make southern staples for a big special-occasion meals.) I used a 24oz bag of Bob’s Red Mill medium-grind, which I keep in my freezer to prevent it from getting bitter before I’ve finished the bag. My original dumpling recipe called for 2/3 cup cornmeal to 1/3 cup all-purpose flour, and resulted in a light and floppy dough that fell apart in my soup and turned it to mush. I embarked on variations, trying 1/3 cup cornmeal to 2/3 cup flour (too stiff), doing a version with butter in the dough and one without (butter is better), kneading the dough more or resting it longer (really doesn’t matter), and even steaming the dumplings Caribbean-style (delicious but non-absorbent in the soup). After many failures, in frustration, I tried my original recipe again, using the 2:1 proportion of cornmeal to flour, though making fewer, smaller dumplings which I’d come to believe were easier to eat.

They were perfect. I was reminded that many staples of home-cooking get better
the more times you make them. My finished soup is smoky and spicy, with tartness from the tomatoes, a touch of heat and bitterness from the mustard greens, and a delicious softness and mouthfeel from the dumplings. For me, it offered renewed hope that maybe I can cook southern after all.

Share how you discovered something about your family through food in the comments below.

Our 52 Best Zucchini Recipes of All Time

Gracias Madre Offers a Taste of the Margarita’s Past & Future