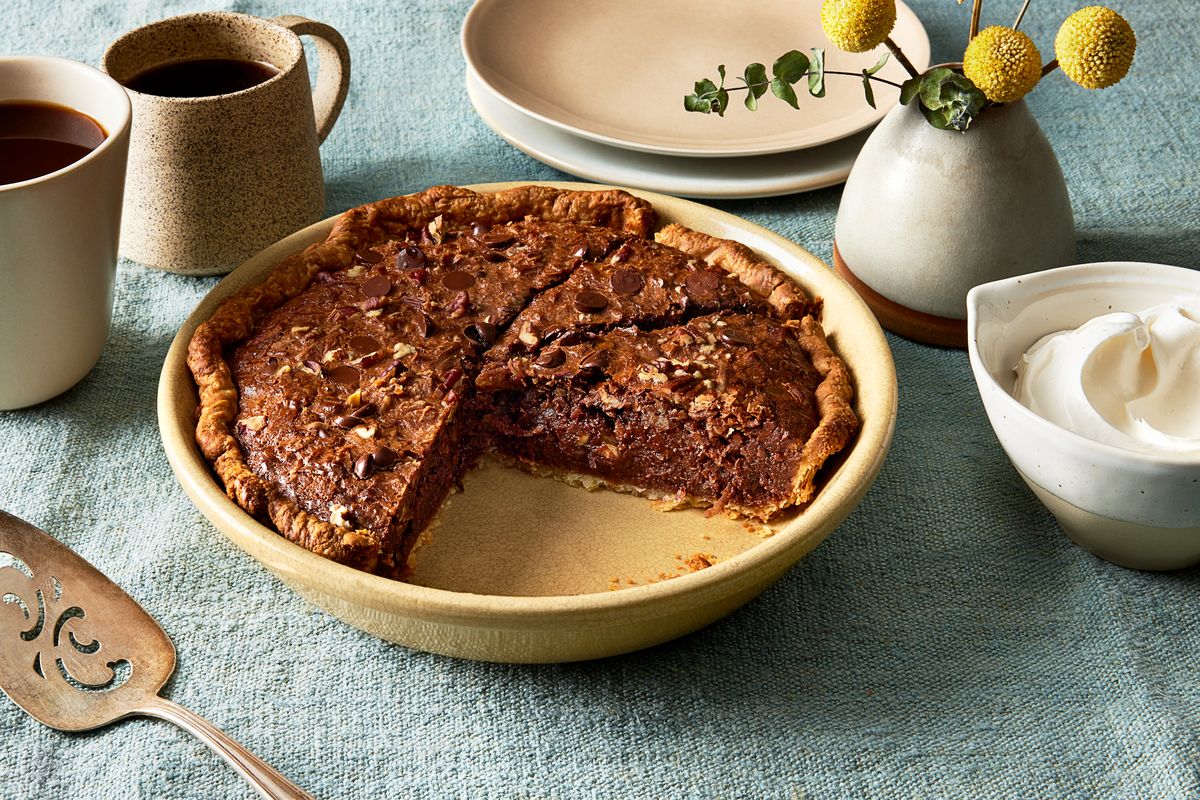 If Halloween is the pre-season, then November is my cooking Super Bowl (that’s the extent of my knowledge of and interest in sports, so let’s move on). As home cooks everywhere geared up for weeks of holiday cooking and baking, there were more than a few new dishes that caught our eyes—and yours too—so I’m rounding up our most popular recipes from November.

Wondering what took the top spot? Jessie Sheehan’s brand-new German Chocolate Pie, complete with a rich coconut-pecan filling and a super tender, flaky crust made with a combination of cream cheese and butter. While there’s legally and morally no such thing as too much pie, there was a range of top performers last month including Via Carota’s beloved Insalata Verde and an actually good, totally modern take on classic Chicken Divan. Meet the top 10…

I asked Jessie Sheehan to create a German Chocolate pie that I’d want to eat and she delivered. Instead of the usual evaporated milk, she introduces sweetened condensed milk for an extra-fudgy filling. I’m not complaining (and neither are you).

If you’re like me, you’ve tried and failed a dozen times to snag a reservation at this West Village institution owned by Rita Sodi and Jody Williams. Fortunately, I can create an approximation of the Via Carota dining experience at home with the recipe for their signature salad.

I don’t know how it’s possible for a frittata to be a close match for an airy, golden-brown Dutch baby but Food52 resident Melina Hammer made it possible. This one is packed with cold-weather produce like honeynut squash (though you can always swap in butternut or acorn in a pinch), plus red onions and fragrant fresh sage.

I heard the words “duck fat” and that was enough to convince me that this is our best potato recipe ever.

This year, I challenged Jessie Sheehan and Jesse Szewczyk to create two versions of an apple-cranberry crisp for fall; while both recipes are winners in our hearts, Szewcyzk’s skillet bake broke our top 10.

Recipe developer Riley Wofford proved that potato chips are more than a snack; here, they’re the thing that transforms chicken divan from a mid-century recipe that might make you shudder to a modern-day casserole that you’ll definitely want to cook.

In my house, it’s not the holidays without two things: a store-bought carton of deliciously sweet eggnog and a homemade boozy version, like this one from John deBary.

There are no kitschy turkeys made out of peanut butter cups here (though I wouldn’t be upset if there were). For these cupcakes, Great British Bake-Off finalist Crystelle Pereira married two Thanksgiving desserts—pumpkin pie and pecan pie—for the sweetest bite-sized union.

The reviews speak for themselves: No matter which way you slice it, this dessert is one you’ll want seconds, thirds, and fourths of. Who are we kidding, you’ll want to eat the whole dang thing.

Loaded Russets, make way for your sweeter counterpart. These fall-ready spuds are baked until fork-tender and fluffy, then topped with spiced goat cheese, cranberries, toasted walnuts, and thyme for a must-have side dish.

What was your favorite recipe that we published in November? Let us know in the comments below!

How to Clean All of Your Most-Used Summer Gear