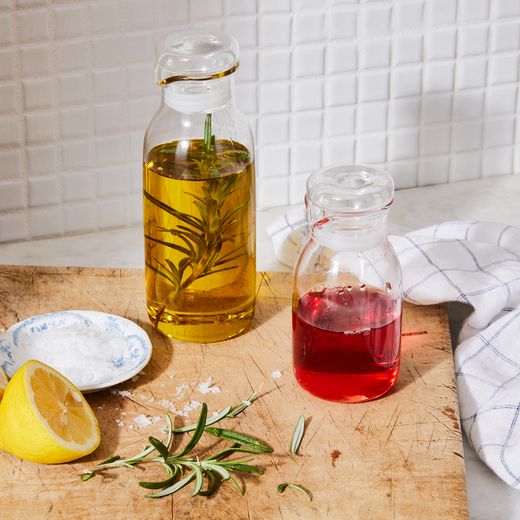 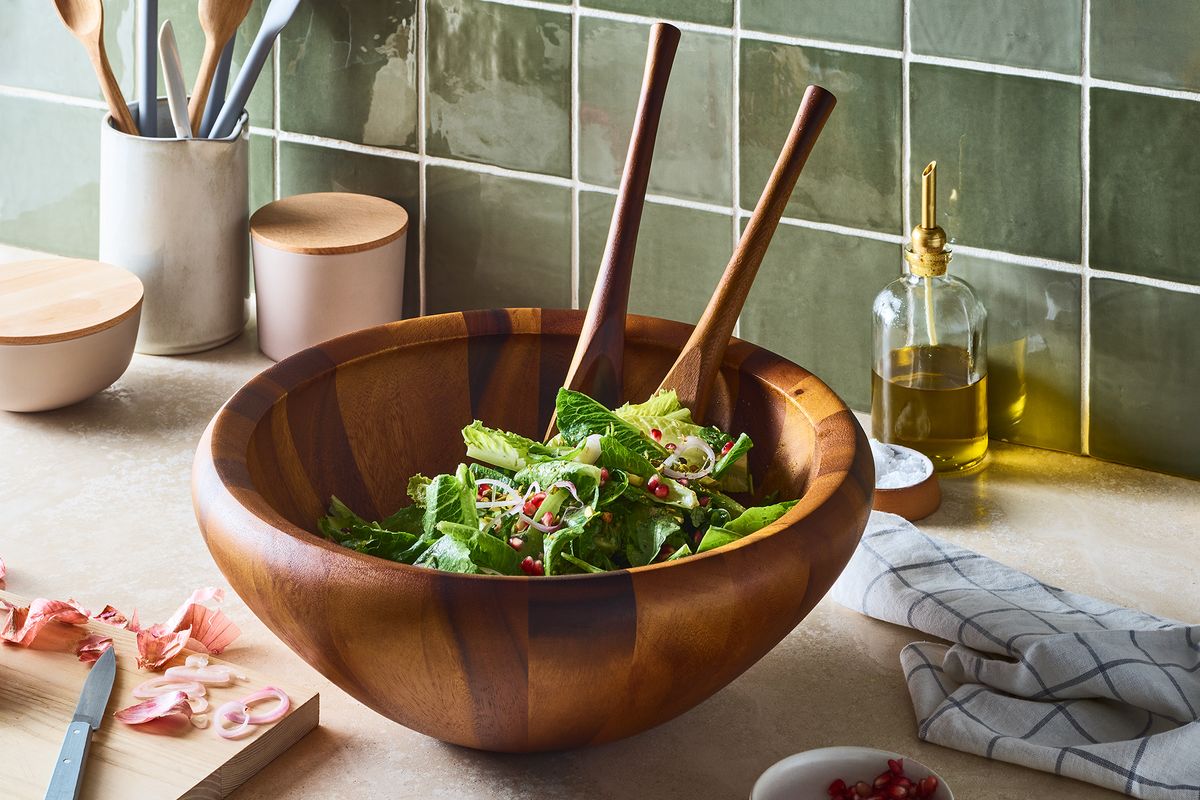 You might be wondering why the internet is buzzing about Olivia Wilde’s salad dressing, and that’s fair enough. The short answer is that Wilde, her boyfriend Harry Styles, and her ex-fiancé Jason Sudeikis (yes, the same actor who made Ted Lasso’s biscuits famous) are caught in a controversy over alleged text messages that their former nanny leaked to The Daily Mail. One of the texts refers to “a special salad dressing” that Wilde makes, which meant that for 24 to 48 hours, the internet was full of sleuthing darlings who were trying to figure out what kind of incredible vinaigrette could fuel so much drama. Not since the Nicolas Cage favorite pasta shape mystery had so many people become instant food detectives.

A few folks narrowed in on a recipe that Wilde contributed to the Food Network in 2020, which features a very simple red wine vinaigrette. When I saw that dressing—red wine vinegar, mustard, olive oil, and shallot—I knew it looked familiar. It was suspiciously similar to my own back pocket vinaigrette that I learned from Nora Ephron’s novel, Heartburn. So when Wilde posted a photo from Heartburn that describes the dressing recipe on her Instagram Stories, I felt wildly vindicated.

What’s so special about the Nora Ephron vinaigrette? The full recipe is this: “Mix 2 tablespoons Grey Poupon mustard with 2 tablespoons good red wine vinegar. Then, whisking constantly with a fork, slowly add 6 tablespoons olive oil until the vinaigrette is thick and creamy.”

That’s it. It’s nothing fancy but it is incredibly reliably good on all kinds of salads, and it’s so simple that you can easily memorize it. You can add in things if you’d like—chopped shallot, herbs—but you don’t have to. It stands up all by itself, and can even be drizzled over roast chicken or steak. It’s a classic for a reason. When I was dating in my 20s, if I liked someone, it was one of my go-to dressings to make for a date meal. The ingredients are so bare bones that almost everyone—even the whirling dervish bachelors of my youth—had the ingredients, and you’d be surprised how impressed my dates were by the simple task of whipping up a salad dressing from scratch without consulting a cookbook.

That salad dressing isn’t Ephron’s only excellent recipe from Heartburn. The book has so many good tidbits woven throughout that it has become a staple for a generation of food writers—many of whom have written about Ephron for Food52. It’s a world worth digging into, if you’re so inclined. And even if you’re not, it’s worth giving that famous salad dressing a try.

What’s your go-to salad dressing? Let us know in the comments!

The Best Gas Grills, According to Experts That Actually Use Them