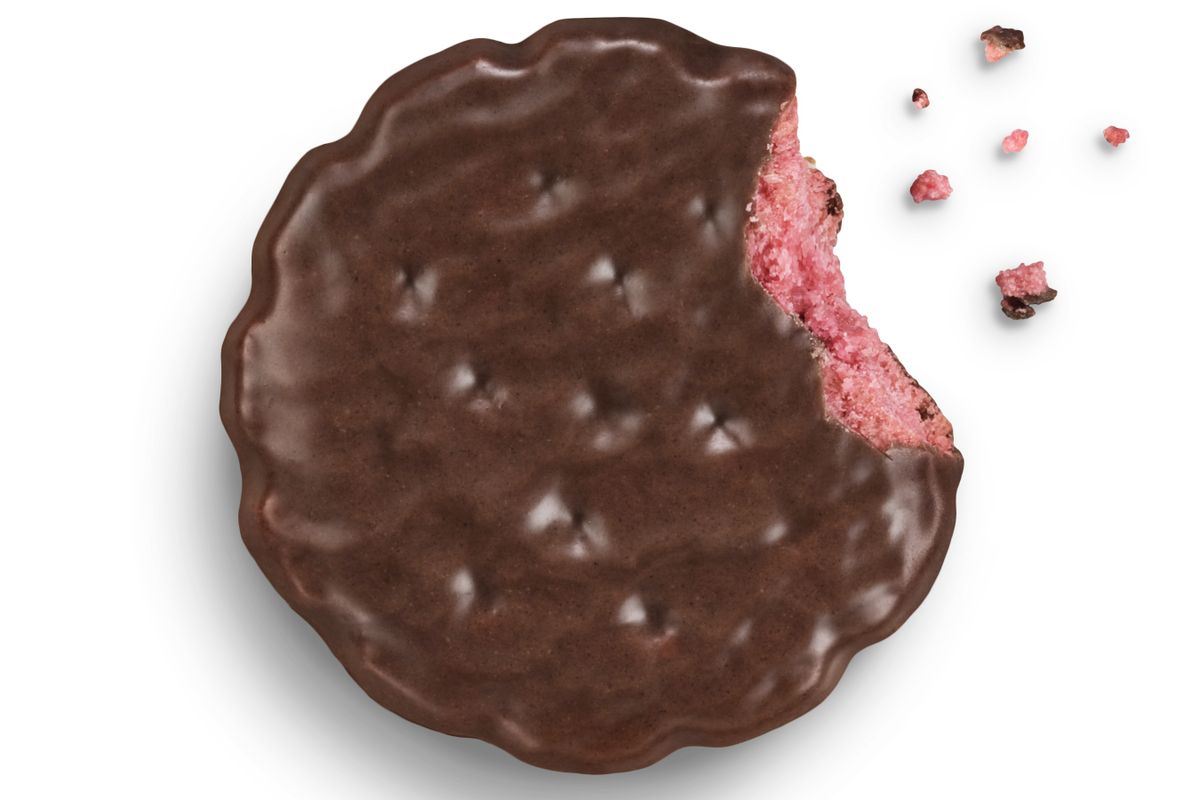 Sadly, I never got to be a Girl Scout, but boy did I dream of being a walking fudge brownie, passing out Tagalongs in exchange for cold, hard cash with total strangers outside my hometown Walmart. What’s that smell? Freshly baked shortbread mixed with a little bit of capitalism? I thought so. There are only a few short weeks each year when elementary school-aged girls descend on public spaces selling boxes and boxes of S’mores and Samoas; madness ensues as the demand for the latest flavor skyrockets.

So, Daisies and Brownies, listen up: there’s a new flavor in the cookie jar for you to hawk—Raspberry Rally. Girl Scouts of the USA recently announced their latest addition to the 2023 cookie lineup, which is described as a “sister” to the beloved Thin Mints—it’s a thin, crispy cookie infused with raspberry and dipped in the classic hard-shell chocolate coating. But if you’re expecting to pick up a box or two on your way out from the grocery store, think again; Raspberry Rally cookies will be the first in the Girl Scout Cookie lineup to be sold online only. This amendment to the Girl Scouts’ usual sales approach (chasing you down in a parking lot until you crack) is aimed at “enhancing girls’ e-commerce sales and entrepreneurial skills.” Like Thin Mints, Raspberry Rally is totally vegan, which is only the second Girl Scout cookie to be declared dairy-free in the 100-plus years of cookie sales.

In 2021, Girl Scouts introduced Toast-Yay!, a French toast-flavored cookie shaped like, you guessed it, French toast and dipped in icing. I temporarily forgot about this marvelous, miniature marriage of breakfast and dessert, but the cinnamony notes just came swirling back and invigorated my senses all over again. Rarely do these hybrid treats taste like anything but an artificial imitation of an untouchable treat, but leave it to those vest-clad girls to perfect it.

For the last several years, Girl Scout cookies have been priced at $5/box, with specialty and gluten-free varieties costing $6/box. If you’re a glutton for gluten, you’re not alone; last year, Girl Scouts revealed they sold over 900,000 boxes of cookies. Let’s make it an even million this year—are you with me?

What’s your favorite type of Girl Scout cookie? Would you order a box of Raspberry Rally cookies? Let us know in the comments below!

How to Properly Shut Down a Grill

This Cocktail Essential Is My Secret to the Best Thanksgiving Feast