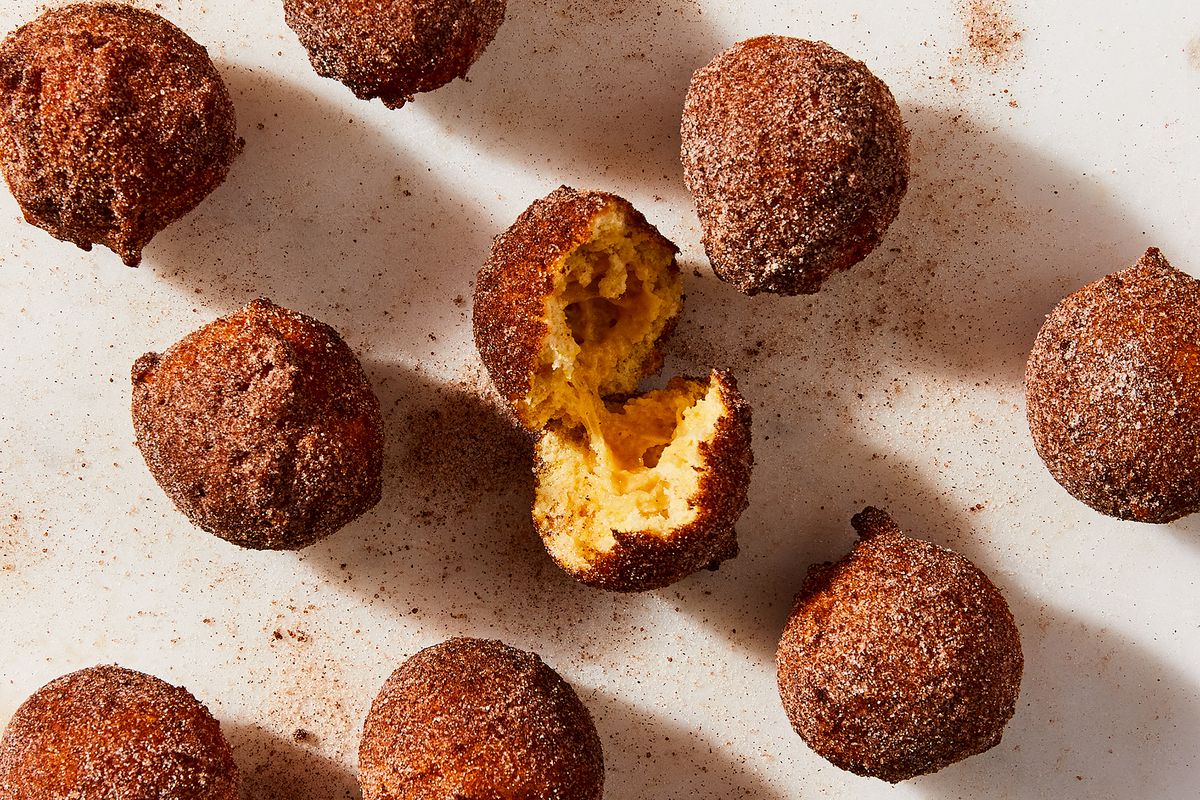 Good food is worth a thousand words—sometimes more. In My Family Recipe, a writer shares the story of a single dish that’s meaningful to them and their loved ones.

My mother, Melissa, wasn’t much of a cook. But she loved making a quick spaghetti with ground beef, bell peppers, and mushrooms. Or a lasagna that was basically the same thing assembled in a different way. Nobody complained.

She had a killer sweet tooth, which I inherited. It led me to my baking career, which started in NYC pastry kitchens, and my job now as a recipe developer and tester. One night, when I was still in high school, we both got hit with a craving. We checked the pantry and found our conduit: a box of Bisquick. “Oh, I know,” she said. “Let’s make some doughnuts!” She mixed the Bisquick with water and formed a makeshift dough, which she spooned into shallow oil and fried until golden brown. We tossed them in confectioners’ sugar and ate them with our hands. Basically Café du Monde beignets, Carolina-style. Our food was never fancy or gourmet, but it checked the boxes.

I lost her four months ago. She was only 49 years old, and it was unexpected and unbelievable and unfair. She had visited me in Los Angeles just three days before, which left me with so many questions. Why now? What if she had known? Why am I the person she got to spend the last week of her life with? Not that I’d have wanted it any other way.

Taking care of myself has been an achievement ever since. Homesickness has taken hold alongside grief, and the only way I’ve been able to soothe it without flying across the country is cooking Southern classics. Anytime I’m going through a rough patch, I’ve always said making a batch of fried chicken will bring me back to center. It’s true. Staring into hot, bubbling oil gives you time to reflect.

Even though my mother wasn’t much of a cook, she spent most of her life working in hospitality—refilling your coffee, frying your eggs, telling you to have a great day from behind the cash register. Her final job was at Bennett’s Grill & Cafe in Calabash, North Carolina. She worked there for two years, and she loved it. She loved helping people, and she rarely left a room without a new friend (or three).

The first time I went in for a visit in 2021, she was so excited to introduce me to everyone. And for me to try the food: Carolina-style barbecue cooked in a 10-foot smoker right outside the restaurant, fried chicken, all the fixin’s (like coleslaw and fried okra), and her favorite menu item: warm, crispy little hush puppies coated in cinnamon sugar the second they left the fryer. Sinfully good.

A few months ago, I returned to Bennett’s for my second visit. This time, my mother was gone. They had a picture of her on the counter, big smile. When I walked in, the first thing I heard was, “That’s Melissa’s son.” Hot tears fell. Her coworkers hugged me, expressed their condolences, asked what I wanted to eat. I ate some barbecue and cried at a picnic table. I could barely look at the hush puppies, but I had to have them for her.

The owner’s daughter, Amber Bennett, let me come back in the kitchen and showed me how they make hush puppies: a just-add-water bag mix, a staple in the South. Scoop, fry, toss in sugar.

My hush puppies aren’t nearly as good as the ones at Bennett’s. But how could they be? I still think my mama would be proud.

What recipes connect you with lost loved ones? If you are willing, please share in the comments.

5 Breezy Tequila Drinks That Were Made for Summer Fridays

Every Delicious Tasso Ham Recipe You Need to Know