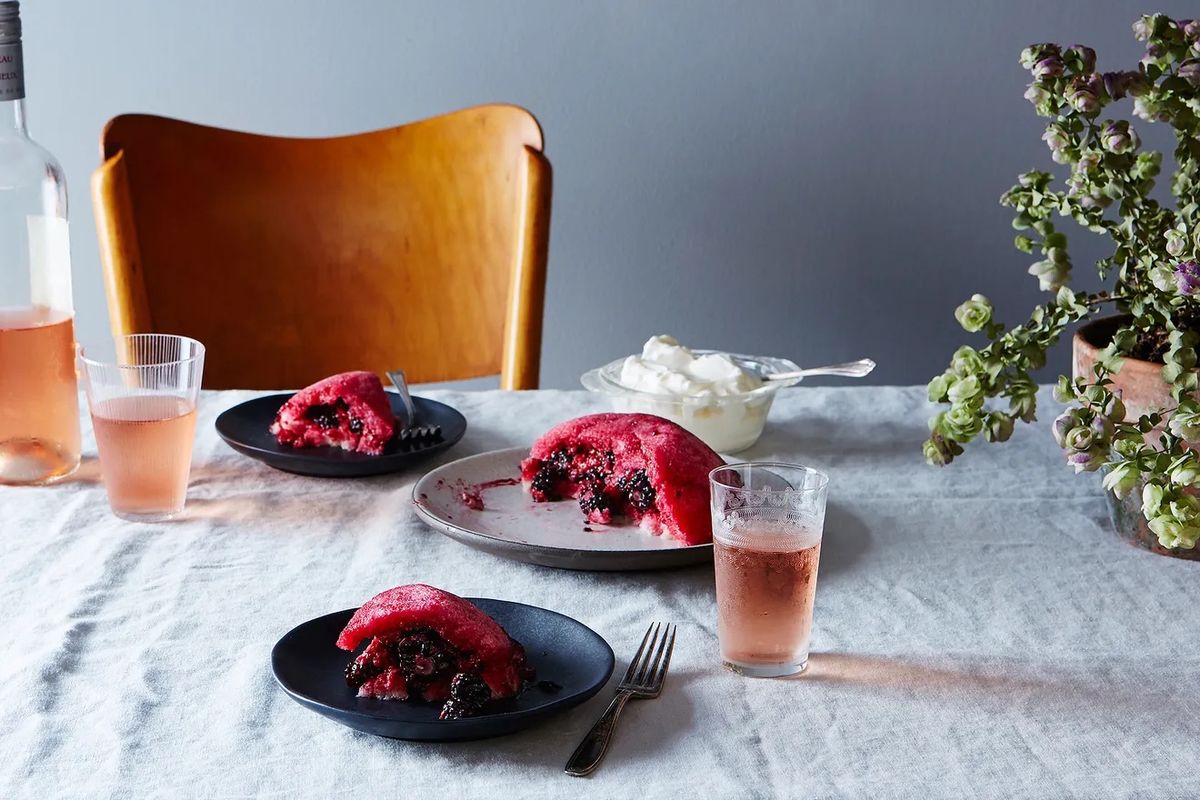 It all comes down to this week’s final bakes for the contestants under the tent competing to win this season of the Great British Baking Show. The elaborate showstopper challenge, which calls for the final contestants to create an edible structure of our beautiful planet,” shows off Abdul, Sandro, and Syabira’s creativity. But it’s the technical elements that highlights their skills, and this week, it comes in the form of a summer pudding bomb.

To the American ear, this dessert sounds confusing, but both summer pudding and bombs are specific types of desserts (the latter often referred to with the French term “bombe”). The desserts are related—each a version of molded parfaits, and the use of both terms indicates precisely what the bakers should make—without any precise instructions.

Summer pudding alternates layers of cooked summer fruits such as mixed berries with thin slices of buttered white bread, in a mold lined with the same bread. The fruit and its juices soak into the bread, creating a colorful dessert when flipped and un-molded Usually, it’s served with cream, because of course. “This is a classic go-to British pudding for a reason,” says Food52 co-founder Merrill Stubbs in introducing her own spin on the dish. The term bomb originally referred to the molds the desserts were made in, but now often indicates a dessert made in the mold, usually filled with ice cream or similar frozen custard, or mousse.

“This is a glamorous, gorgeous, slightly old-school centerpiece that is easier to make than it looks,” says Alice Medrich of her (more seasonally appropriate) Christmas Bombe with Berry Preserves and White Chocolate Mousse recipe. It uses a hot milk sponge rolled up with cranberry-raspberry spread and sliced into attractive swirls as the outer layer; the inside is entirely brimming with the white chocolate mousse.

Medrich’s version of summer pudding uses store-bought white sandwich bread, and a plethora of dark fruit such as raspberries, blackberries, and boysenberries, as well as the quite traditional red currants if possible. She recommends making the bombe at least six hours ahead of serving (and up to 36 hours) and the summer pudding needs to rest “at least overnight, but one or two days is even better.” Once it’s ready, she serves it with rosewater tinted whipping cream.

While it takes only a little imagination to figure out how one might combine these two desserts into a single beautiful bake, it takes more creativity for the contestants to do this in limited time under the tent.

The Best Ice Makers Because It’s SO Hot Outside

The Dorie Greenspan Cake We All Should Know