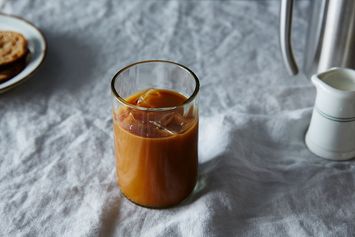 Since its start in 2008, Starbucks Rewards has earned somewhat of a cult following. Today’s perks, however, look very different from those available when the rewards first launched over a decade ago—and soon, we’ll be seeing even more changes to the program.

According to a Terms of Use update from the company, most rewards items will soon require more stars (their version of points) to redeem. Effectively, that means it will be harder for customers to earn perks like free drinks and bakery items. These changes to the rewards redemption system will go into effect February 13, 2023.

Specifically, rewards that can currently be redeemed for 50 stars, like a brewed hot coffee, hot tea, or bakery item, will require 100 stars. Handcrafted drinks, hot breakfast items, and parfaits will also cost an additional 50 stars, shifting from 150 to 200. Meanwhile, items currently valued at 200 stars (salads, sandwiches, and protein boxes) will cost customers an additional 100 stars to redeem.

It’s not all bad news, though: A few rewards will actually be decreasing in point value, making them easier to redeem. Iced coffees and iced teas (excluding cold brews and iced tea lemonades) will decrease from 150 stars to 100, and packaged coffee will shift from 400 stars to 300. Additionally, some 200-star merchandise will also go down to 100.

Other aspects of the rewards program, like the way customers earn points, will not be affected by the February changes. That means that for every dollar spent at Starbucks, customers will still earn two stars.

Whether you’re a Starbucks Rewards devotee or just an occasional connoisseur, there’s plenty more to explore in the wide world of coffee. Here are a few ideas to get you started.

I Will Never Apologize for My Flavored Coffee

How do you feel about the upcoming changes to Starbucks Rewards? Let us know in the comments.

Our Favorite Modular Couches Are on *Major* Sale Right Now