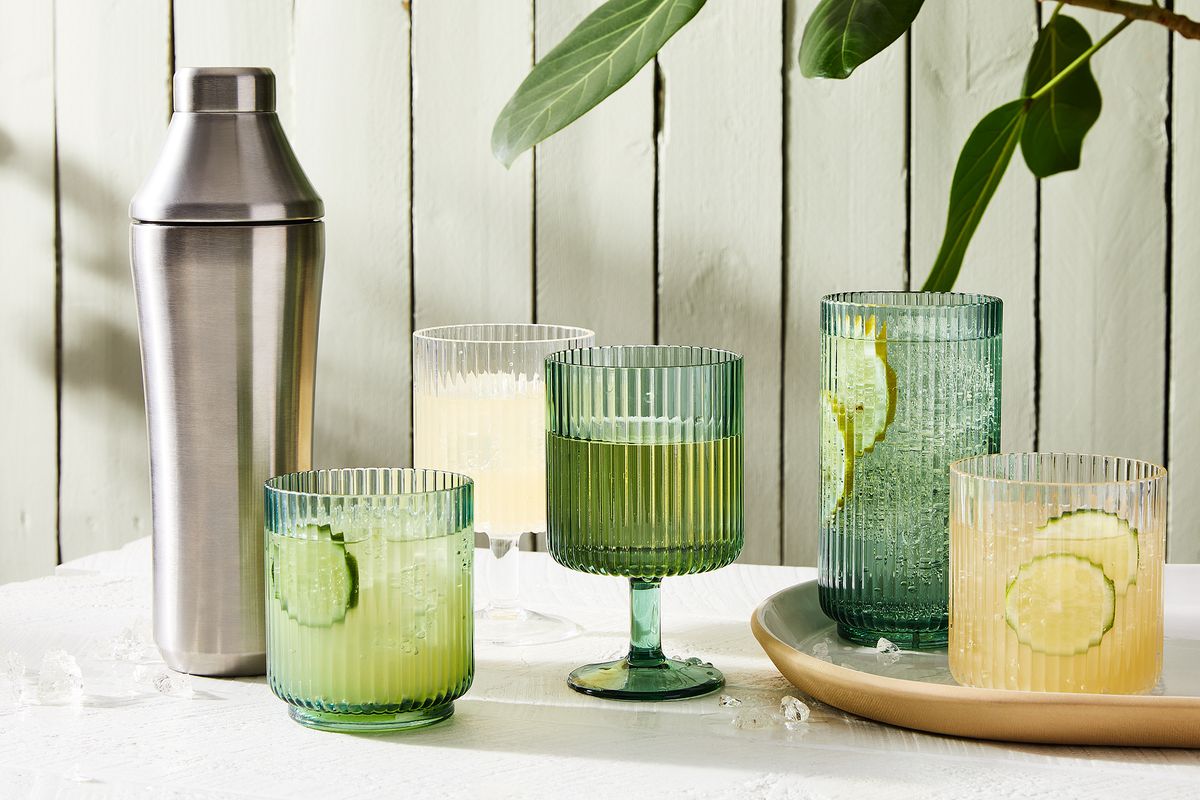 Hops are one of beer’s most integral ingredients, and beer is one of the world’s oldest beverages. As such, the relationship between hops and beer is a long one: German monks started adding hops to beer for preservation and flavor in the 8th century. It has always seemed an exclusive pairing, but recently, hops have been popping up in other beverages (alcoholic and not), demonstrating why they’re special along the way.

Hopped non-beer alcoholic beverages have appeared in different categories over the years: Charbay’s R5 Hop-Flavored Whiskey gets credit for paving the way in 2013. Now, one can find Wigle’s Hopped Whiskey, Citizen Cider’s The Lake Hopper, and Nashville’s Walker Brothers’ hard kombucha made with Citra hops. More notably, however, is the current wave of non-alcoholic, non-beer options brought to life by hops, often billed as some iteration of ‘hop-infused sparkling water.’

Hops are the flowers of the Humulus lupulus plant. Inside their green cones, pods called lupulin are the source of all the flavor, aroma, and bitterness that may come to mind when you think of hops. Hops grow on bines (no, not vines!) that reach skyward, connected by strings helped by strings that connect them to trellises on hop farms. In these beverages, hops work to both bring flavor and novelty, in terms of their unique profiles and of how they strike a familiar chord with beer drinkers. Hops’ flavors and aromas vary depending on where they’re grown. German hops are minty, floral, and spicy; English hops are herbal and woody; hops from Australia and New Zealand are citrusy and tropical; American hops, predominantly grown in the Northwest, are also citrusy-tropical, with notes of resin and pine. Furthermore, every individual hop boasts its own unique scent and flavor profile. This sudden hop-mania beyond the beer world begs the question: what’s the big deal about hops, anyway, and is it worth trying any non-beer beverage that’s made with them?

A confluence of factors, like wellness trends and the COVID-19 pandemic, have inspired many people to reflect on their alcohol consumption: Some have made the choice to cut back. Results from a 2021 Gallup poll found the percentage of U.S. adults who report consuming alcohol was down to 60 percent from 2019’s 65 percent, and the average number of weekly drinks (3.6) is the lowest reported in over 20 years.

Consumers seek breaks from booze, but don’t want to sacrifice flavor, quality, and variety in their beverages. Athletic’s DayPack is an example of how brands are responding. The sparkling waters come in myriad flavors and are permissible for vegan and gluten-free diets. “Consumers are reevaluating their relationship with alcohol and actively seeking beverages that are more flavorful and functional,” said Athletic co-founder and CEO Bill Shufelt. “Hops are a natural antioxidant and contribute tremendous flavor and aroma characteristics to a beverage, which is why you’re starting to see more innovation with them outside of beer.”

DayPack has been on the market for just over a year and is already bigger than 80 percent of U.S. craft breweries, Athletic co-founder and chief product officer John Walker said, noting that DayPack’s 2021 sales place it in the top 1,500 out of 8,764 U.S. craft breweries.

I think the average consumer who’s familiar with hops will first think of some hops’ ability to add citrusy aromas, but there’s really so much more hops can do, and will do in the future

“I think the average consumer who’s familiar with hops will first think of some hops’ ability to add citrusy aromas, but there’s really so much more hops can do, and will do in the future,” said Heather McReynolds, Northeast Craft Sales Rep for global hops supplier Hopsteiner, adding that the company is always experimenting and breeding new hops with different aromas for brewers and brands.

Primarily, “hopping a product” immediately signals to beer drinkers that there’s a good chance they’ll like it. Non-alcoholic seltzers and teas provide the complex flavors and aromas of beer while staying drinkable at any time of day.

“Hops are everyone’s favorite beer ingredient,” McReynolds says. “Throw them in a kombucha or a sparkling water and you’ve instantly got that crossover appeal.”

This could imply that those who don’t like the hoppiness in beer may not be drawn to these new infusions, but some experts disagree. “Hopped sparkling waters are a great option for break-taking beer fans, but I think there is a much wider appeal,” said Tessa Shilaty, a sensory and brewing scientist at Yakima Chief Hops. “Many people who don’t like beer actually love the smell of hops. Hops can deliver multifaceted aromas like citrus peel, juicy tropical fruit, creamy vanilla, and much more.”

Hopped drinks may immediately hook beer drinkers, but their flavor potential stands to entice those who never reach for a brew.

The trend is growing, but some questions—and perhaps limitations—remain. Beer journalist and author Joshua M. Bernstein points out hopped non-alcoholic beverages don’t have a clear association with a time or venue where someone might want to enjoy them. “Beer has a clear slot: it’s happy hour, watching sports, being with friends,” Bernstein said. “Seltzer is any time; morning, afternoon, dinner, just plain thirsty. But that hop association emotionally transports the beverage into more [alcohol]-related occasions. People don’t think about drinking beer at 10 a.m., so maybe they don’t think about hoppy sparkling water at 10 a.m., either.”

Bernstein added that hopped drinks are coming from craft producers, and sit at a higher price point than many shoppers might prefer to spend on something like seltzer. A six-pack of a hopped seltzer is around $10, compared to a 12-pack of LaCroix for $7.49. For that reason, someone who is used to craft beer’s cost might be more likely to try a hopped seltzer than someone simply looking for an alternative fizzy drink.

If Sierra Nevada and Athletic’s results are any indicator, though, consumers are curious to try these beverages. A hopped sparkling water or tea is prime territory for beer drinkers looking to take a break, and so would make sense to be sold at bars and brewery taprooms, Bernstein notes. As the category grows, too, consumers (both beer fans and avoiders) may increasingly find places where a hopped non-alcoholic beverage fits into their routine. Will hopped drinks eventually be marketed like tea or coffee are today? Consumers may become well acquainted with popular hop varieties to know what flavors to expect, like Citra’s grapefruit, melon, and passion fruit; or Mosaic’s berry and pine. We may start to think of hops like we do fruit flavors, knowing our favorite sparkling water is one with Citra hops the same way we might always choose La Croix Black Razzberry. Hopped drinks may immediately hook beer drinkers, but their flavor potential stands to entice those who never reach for a brew.

Have you tried any hopped beverages? Let us know your thoughts in the comments below!

The Best Way to Unclog Every Drain in Your Home

A Million-ish Ways to Build a Spritz

Pierce Abernathy Is All About Cool Dips