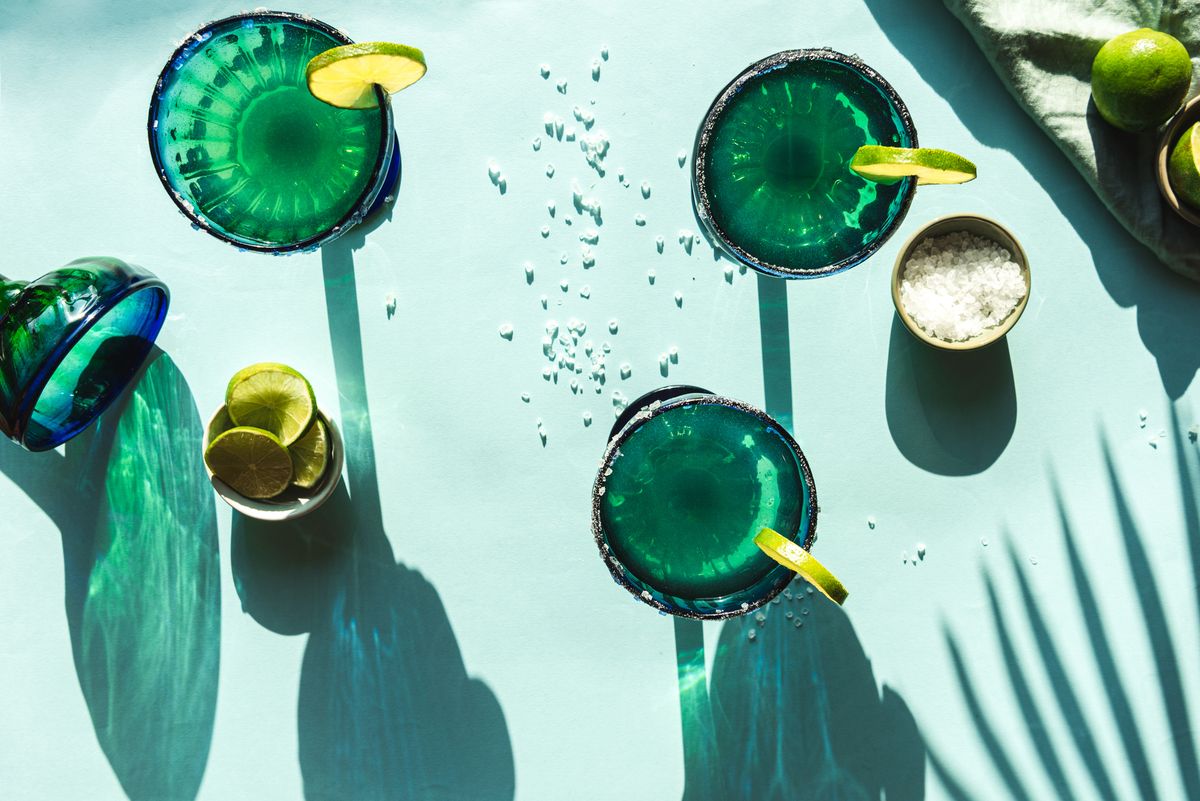 If there’s a way to distill the LA experience down to one moment, it’s this: sitting on Gracias Madre’s sunny patio in West Hollywood, sipping on a margarita while looking out for Goldie Hawn and Kurt Russell.

“Anytime anyone says that they came straight here from the airport, I’m always like, ‘Welcome to the most California restaurant there is,’” Gracias Madre beverage director Maxwell Reis jokes. “We’re on the street where celebrities go if they want paparazzi to see them. People are camping out at a two-top in the patio trying to spot famous people. It’s hilarious.”

The vibrantly colorful dishes and people-watching opportunities may be what draws guests in, but the famous margaritas keep them coming back.

Gracias Madre, in addition to its location, its sunny patio, and celeb-friendly vibe, offers a fully vegan, Mexican-inspired menu (including very compelling vegan takes on fish tacos) and world-class margarita options. Taken together, this might be as Los Angeles as it gets. “Everything is organic,” Reis notes. “We support small farmers and use non-GMO corn for tortillas. We’re not about soy substitutes. It’s about celebrating the beautiful produce that California provides.”

The vibrantly colorful dishes and people-watching opportunities may be what draws guests in, but the famous margaritas keep them coming back. After all, what cocktail is more representative of southern California kickback vibes than a frosty salty-sweet margarita, leisurely sipped under that famous sunshine?

“It’s a quintessential LA thing, the margarita,” Reis says. “It’s always super sunny here. It’s very LA to want to be on a rooftop or by the pool with a margarita in hand.”

The various takes on the margaritas is where Gracias Madre truly shines. Specifically, there’s a translucent clarified margarita that inspires rapturous emoji heart-eyes from everyone that samples it.

Reis, a rising star in cocktail culture, first started experimenting with clarification techniques a few years ago. (Clarification is what it sounds like: Making a colored liquid clear by removing particles from it. There are multiple ways to do it, including using gelatin or a culinary centrifuge, a device that helps separate liquids from solids.) Reis tackled clarifying lime juice with his centrifuge but was frustrated that despite his hard work, the juices had a very short shelf life—but he kept on tinkering.

By the time the pandemic hit, Reis had refined a lime cordial (a sweet citrus syrup) that was the perfect addition for to-go cocktails. Additionally, it had a long shelf life (in case the restaurant had to unexpectedly close due to pandemic-era lockdowns) and generated no waste. The zero-waste cordial combines spent peels from the juicing process, day-old clarified lime juice, as well as citric and malic acids. The mixture is slow-cooked in a sous vide for a few hours, resulting in a silky, tart, clear cordial.

Initially, Reis was going to use the cordial in carbonated to-go cocktails. But inspiration struck. “All of a sudden I realized—wait, this is basically a Rose’s Lime Cordial,” he says. “I’ll make clear gimlets, margaritas, and daiquiris.”

When he started using the cordial in margaritas, Reis realized he needed to take the clarified theme one step further.

“I was stirring down this beautiful margarita,” Reis recalls. “It’s on this gorgeous cube. It’s super minimalist, like a glass of water with a pretty piece of ice. This is too elegant to put a salt rim on it.”

His solution? A transparent “painted” salt, made by adapting a gomme syrup recipe.

In the earliest cocktail books, which date back to the late 1800s, you’ll often find gomme syrup—a simple syrup that has gum arabic added to it. Thicker than traditional syrups, it’s used when bartenders want to add extra silkiness to cocktails. Reis tweaked a pineapple gomme syrup recipe; instead of adding sugar, he used salt and he swapped in oranges instead of pineapple. He also upped the proportion of the gum arabic to make the solution thicker than usual, so that it would stick to glasses.

Throughout last year, the labor-intensive recipe wasn’t officially on the menu. Reis would quietly make the drink for regulars and the occasional VIP. But word was starting to spread. After Reis served it to a visiting LA food editor, the secret drink was outed as one of LA’s best off-menu offerings. Soon, everyone was stopping in for a clear drink.

“It’s a pretty special, memorable cocktail,” Reis says. “I always tell people that the clarity isn’t just a gimmick. It’s actually delicious. It sits heavy on your palate like an Old Fashioned. People started coming and ordering it like crazy.”

The clarified classic cocktail is just one version of the margarita at Gracias Madre. There’s a house style, which can be made with mezcal or tequila, as well as spicy. Reis sources small batches of mezcal directly from family producers in Mexico, which means the margaritas will slightly vary from season to season.

Reis has also sourced a collection of vintage spirits, dating as far back as the 1960s. The idea is to offer a (literal) taste of time, while showcasing how margaritas tasted during the ‘Mad Men’-era. This time capsule of a drink is served in antique glassware. The margarita recipe for the vintage spirits collection is also from the ‘60s, which means it uses lemon and lime, plus a touch of agave and a vintage orange liqueur. “It’s a really fun way to try what tequila tasted like back then,” Reis says. The vintage drinks run from about $60 to $150 per drink.

And if that weren’t enough, Reis is tinkering on a new offering for summer: An avocado and honeydew margarita served out of a frozen drink machine.

The high-low magic of a margarita that requires a lot of work behind the scenes, yet looks effortlessly easy breezy and ready for its social media spotlight, echoes the mood in today’s LA. “It’s a very LA thing to have this buttoned-up high-end version of something that’s so southern California,” Maxwell Reis says.

Share your favorite locals’-only cocktail in the comments below.

How to Build Your Perfect Paloma