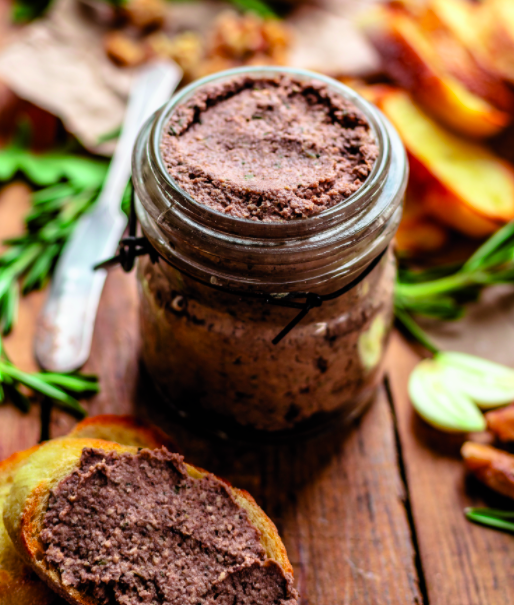 This faux gras is made from mushrooms and lentils and well- seasoned for an umami-rich spread that is very similar in taste to pâté. Foie gras is really popular in France, and when living there I discovered a tasty plant-based version at a small vegan shop called Végétal & Vous. Back home in Canada, my homemade version has become the perfect replacement for the little tin of faux gras that I used to buy in Lille. The best way to enjoy it, in my opinion, is generously spread on toasted garlic bread.

For the Faux Gras:

When Ready to Serve, Make the Garlicky Bread: