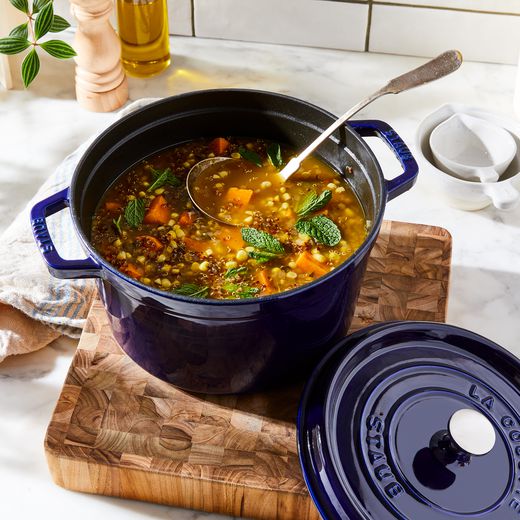 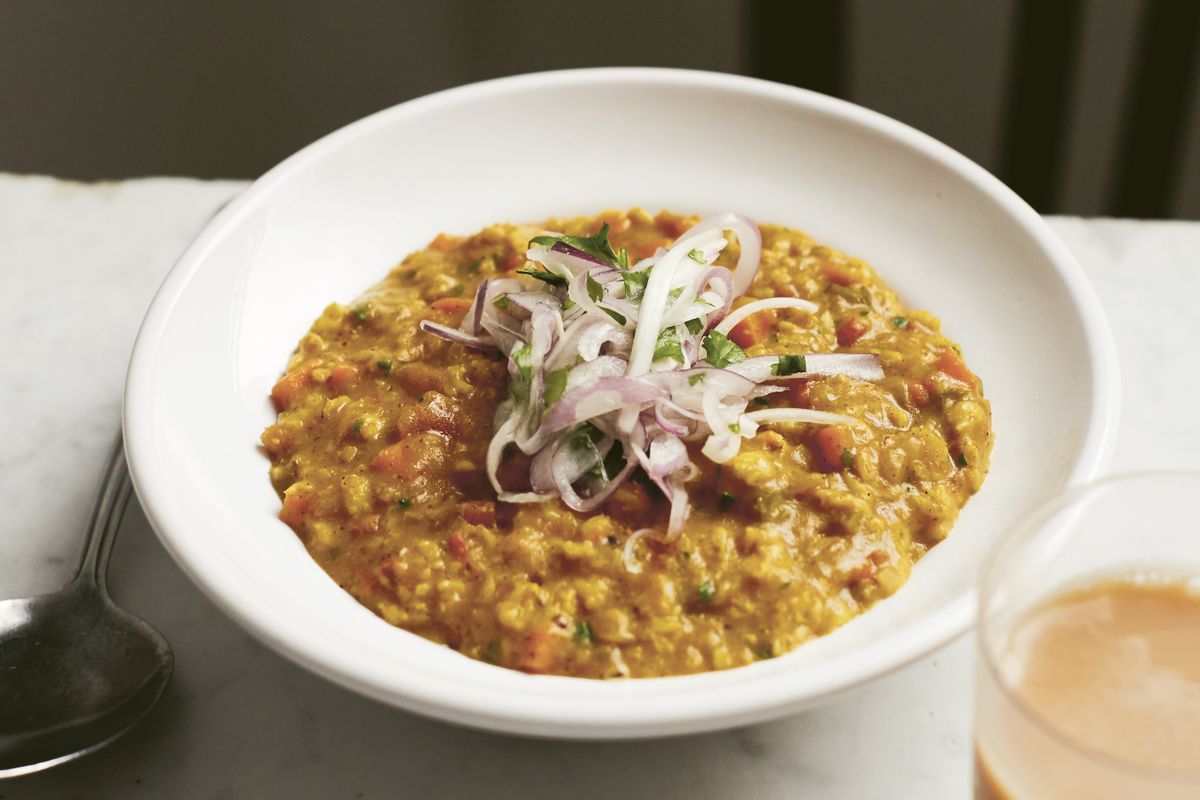 Chef Farokh Talati’s latest project, Parsi: From Persia to Bombay: Recipes & Tales From the Ancient Culture, delves into the world of Parsi food—a cuisine that, for too long, has been overlooked by American food media. The cookbook is an ambitious one, at once documenting traditional Parsi recipes (many of which come from Talati’s relatives) and merging them with his own experiences as a fine-dining chef. We had the pleasure of speaking to Talati, who is also the head chef at London’s St. John Bread and Wine, about the key elements of Parsi food, the cookbook-writing process, and more.

For an audience who isn’t as familiar with Parsi food, could you explain what makes the cuisine so unique?

What makes Parsi cooking unique is the balance. Around the 8th century, there was an Arab conquest in Persia, and the Zoastrians that lived there were less-than-politely asked to convert to Islam—or leave. So, a group of Zoastrians jumped on a ship, sailed across the ocean, and, after a few hundred years of moving about, they settled in Gujarat.

We came from Persia with the flavors of dried fruits, nuts, saffron, and rice, and when we came to India, we discovered things like fish, meat, coconuts, heavier spices, and chiles. Those two styles of cuisine, over a long, long time, evolved into what we know as Parsi cooking. There are many dishes that have the subtleties of dried apricots, saffron, pistachios, and gently-braised lamb, while other dishes feature lamb that’s been marinated in these heavier masalas, with spices, chiles, and fenugreek. You also have amazing fish dishes, unique to the Parsi cuisine, that wouldn’t have been in Persian cooking. It is that original fusion of Persian and Indian food.

Many Parsi dishes are balanced between sweet, sour, savory, and salty. We use something affectionately called “Parsi vinegar” (brewed cane sugar juice) and jaggery (reduced cane sugar) to help achieve these flavors. There’s a lot of balance in Parsi cooking.

If there’s one dish in the book you’d want everyone to make, what would it be?

I’d actually say it’s not so much a dish as it is a recipe. In the book, there’s a recipe for Dhansak Masala. Dhansak—which is four different types of lentils cooked with vegetables, spices, onion, ginger, and garlic, over a long, long time—is the quintessential Parsi dish. You stew mutton in there and serve it with a version of rice cooked with caramelized onions and jaggery. That’s the dish. But to make it, you need to make a spice blend that has around 15 different spices in it. I make it at work and use it relentlessly. It’s like the universal—and I hate to say the word, but—curry powder. It is so versatile.

All I want is for people to take the time and effort to make that spice mix. In London, I can go to one store and I can get virtually everything I need, and I hope that’s the same in the States. Go and do the shopping on a Saturday or Sunday. Have a cup of tea next to you, toast up the spices, get them all blended together, and put them in a jar. That will last you for months. It will let you cook your way through Parsi, and it will inspire you to add a bit of flavor to whatever else you might be cooking. You might be barbecuing some chicken, and you can marinate it in the Dhansak Masala. You might be scrambling some eggs—you can add a pinch of it to it. My wish is that people won’t be intimidated by the number of spices and the names they might not know. I think we all get put off by things that we’re not sure of. It’s only once you’ve become accustomed to it and enjoy it that things become more familiar.

I love that answer, because it’s not one dish that you eat and you’re done. This is something you can actually incorporate into your cooking.

How does working at the restaurant compare to the process of writing the book? What was it like to be doing both of those at the same time?

Both helped each other. If I was just writing the book at home, I wouldn’t have been inspired. Meanwhile, some of the cooking from the cookbook made its way in various forms onto the menu at St. John. So, there are aspects of the book that melted into the menu at St. John, and there’s a huge element of my time at St. John coming into it. Not only are the recipes in the cookbook traditional ones, but there are also ones from my experiences and my heart.

Even though it started a couple of years before the pandemic, the majority of the book really got going during lockdown. I got very bored in the first two weeks, so every Wednesday, I’d go into St. John, when it was closed. I’d type up a three-course Parsi meal, cook it that day, and finish and hand-deliver it to the locals on Thursday. That helped me refine the recipes and get feedback. I got to do that without it making a massive dent in my bank balance. Instead, I was getting paid to do it, which was fantastic. It was a great help.

I’m wondering if you could talk about the Masala Oats recipe. What was the inspiration behind it?

At a grocery store in India, I remember seeing oats with spices in it—like a premixed kind of thing. It was quite novel to me because in the UK, when you do porridges, it’s usually a sweet affair. You’ll put honey and brown sugar in it and nuts over the top. I never really thought of it as a savory dish. I looked at the ingredients in the packet, and it was similar to those noodles, with the freeze-dried carrots and the onions in there. I thought it was interesting but didn’t think too much more about it. Then, one weekend at work, I felt inspired to do a riff on it for a staff meal.

It was during an absolutely chaotic Saturday—we were feeding half of London breakfast, then going straight into lunch service—so, I thought, “How would a Parsi go about cooking oats?” The answer was: Use ghee and soften down your onions, garlic, and vegetables. Add the oats and the spices. Would they use water? No; Parsis love meat, so they’d get chicken stock in there. Put a pinch of sugar in there for sweetness, and top it with onions in vinegar for sourness. I was blown away by how delicious it was. I didn’t expect it to be so savory, sustaining, and filling. It set everybody up for the rest of the day.

You can use different herbs or vegetables, get some shredded meat in there, or not use any meat. You could use different types of oats or make it with rice. That is the thing about the book, and it’s the thing I love about cooking. This book is just for you. Do whatever you’ve got in the fridge. Do what you feel. Do what inspires you that day.

This interview has been edited for length and clarity.
This post contains products independently chosen (and loved) by our editors and writers. Food52 earns an affiliate commission on qualifying purchases of the products we link to.
Sign up for our e-mail newsletter and we’ll pop up in your inbox with tonight’s dinner inspiration, tips and tweaks to refresh every room in your home, and lots more ways to eat thoughtfully and live joyfully.

How the Black Community Finds Beauty in the Messiness of Gardening

Do I Really Need to Bake With Cake Flour?

How to Use a Clothes Steamer Properly, According to the Pros