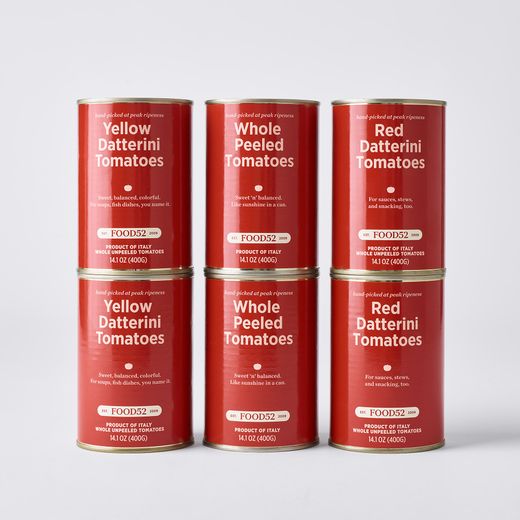 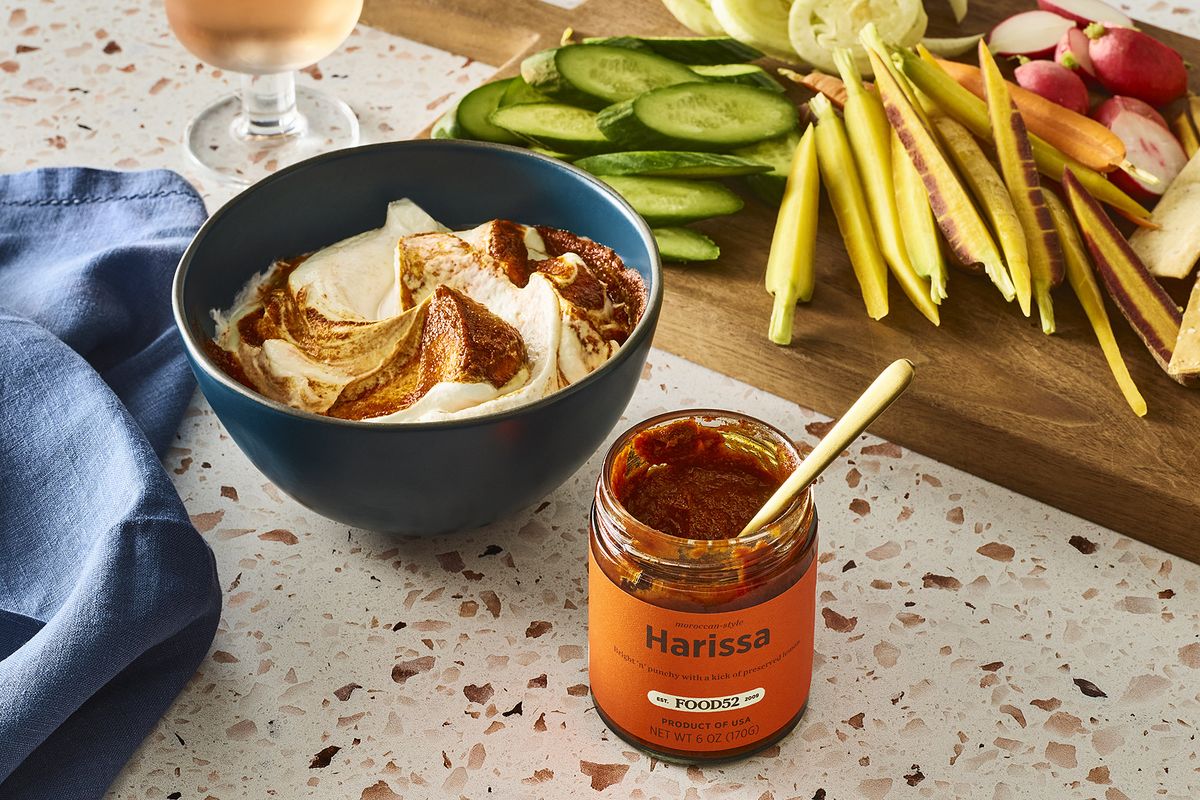 Sebastian Sardo isn’t a fan of whole wheat pasta. It’s hard to find a good one and even when you do, it’s not very good. So Sardo, the brand manager for Food52 Pantry, made it his mission to find a producer of delicious pasta that had the nuttiness and texture of whole wheat pasta with the pleasant taste and all-around appeal of regular pasta. The result is Food52’s slow-dried pasta, which includes bucatini, busiate, linguine, penne, pici, spaghett, and tortiglioni. These six items are part of the Food52 Pantry collection, which officially launches on Thursday, September 22nd.

We wanted to start with some foundational ingredients that can become part of people’s everyday cooking and go from there.

The collection is over a year in the making. Sardo joined Food52 after a six-year stint as a food buyer for Eataly USA. His first task was to narrow down a list of over 500 wish list ingredients to a handful that Food52 could source, produce, and sell in our shop. The result is 45 pantry staples including extra-virgin olive oil (an everyday version and one for those extra-special recipes), four varieties of flour (all-purpose, bread, cake, and pastry), three types of plump canned tomatoes, four kinds of California-grown rice, an assortment of balsamic and sweet white vinegars, oats, baking chocolate, peanut butter, coffee, and condiments. “We wanted to start with some foundational ingredients that can become part of people’s everyday cooking and go from there,” says Food52 founder Amanda Hesser.

Since 2010, the ethos of Food52 has been about building a community around a shared love of cooking, says Hesser. It only made sense to offer great ingredients for good cooks. “Ingredients are such a critical part of your experience in the kitchen and the results of your dish. It felt like such a natural connection to provide our community with a line of best-in-class products that they can use every day,” she adds.

I felt so completely jazzed by the harissa. Its flavor is electric. You’re going to want to put it in everything.

With nearly four dozen thoughtfully curated products, how can anyone possibly pick a favorite? You can’t, really, but there are a few stand-out ingredients. “I felt so completely jazzed by the harissa. Its flavor is electric—it’s layered and complex and interesting. You’re going to want to put it in everything,” says Hesser. What makes our harissa so special is two ingredients in particular—​​extra-virgin olive oil and preserved lemons. “It’s very rare to find that combination in the market,” adds Sardo.

Another must-have? Dried pasta, in every shape. We have the ones you know and love like linguine, spaghetti, and penne, plus extra-special shapes like busiate and tortiglioni. “Pasta shouldn’t be something that you just toss in boiling water and is there to serve as a base for some delicious sauce. It’s as much a part of the dish as the sauce. Ours really accomplishes that because it’s so high-quality,” says Hesser. The pasta is made, in part, with wheat germ, which lends a beautiful, nutty flavor that you can’t achieve from flour alone. When you hold our pasta, you’ll also notice the texture—it’s not entirely smooth like the boxed varieties you find in the grocery store. That’s thanks to bronze dies, which the pasta is extruded through, giving it an intentional rough feel and making it particularly good at grabbing on to sauce (Sardo adds that most generic pasta is cast through Teflon dies, which strips the pasta of any and all texture).

Stock up on our baking chocolate too—having had the opportunity to taste all five varieties, I can tell you that they’re a step above the rest. As a white chocolate-skeptic, Our Toasted White Chocolate is unlike any I’ve tried before and so good. Its golden hue and gentle butterscotch flavor will lend itself beautifully to some of our favorite recipes, like Caramelized White Chocolate & Toasted Milk Cookies and Malted White Chocolate Sheet Cake. It’s snackable, too; Sardo gave me a sample to take home and it disappeared by dusk.

The Food52 Pantry is here! Tell us which pantry staples you’re most excited to purchase in the comments below.

Level Up Your Labor Day Recipes With This Bar Cart Staple