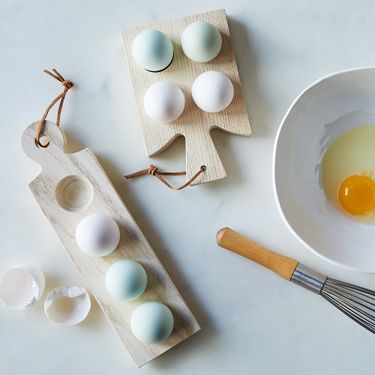 Eggs, the fourth most purchased grocery item in the United States, have become expensive and difficult to find—and now occasionally smuggled across international borders.

According to the U.S. Bureau of Labor Statistics, the average price of a dozen eggs in the United States increased 137 percent in December 2022, compared to the previous year. The drastic rise in cost and simultaneous scarcity is happening for two reasons: a historic avian flu outbreak within the United States as well as globally occurring cost increases for animal feed and fuel.

This aforementioned avian flu outbreak is the worst in United States history. First detected in February 2022, over 57 million birds across 47 different states have been affected by avian flu, and more than 44 million egg-laying hens have died. The death and illness brought on by this flu has led to a 7.5 percent decrease in total egg supply, according to The New York Times.

But there is some good news: Over the last few weeks, reported cases of avian flu have decreased significantly at commercial egg-laying facilities. So far this year, the Department of Agriculture reported that less than 350,000 birds have been affected, a sharp decrease from the reported 5 million birds affected last December. The ongoing lull in the virus should enable farms to restock production and egg prices to slightly drop in the near future.

With the cautious optimism of flu decline comes a hedging warning from experts according to a statement from the United Egg Producers, the trade group that represents the greatest number of commercial egg farmers in the U.S. The organization has predicted that when bird migration resumes in the spring, avian flu cases could spike again.

Separate from the flu, chicken feed and the fuel necessary for egg production remain relatively expensive because of ongoing supply chain disruptions brought on by Russia’s invasion of Ukraine and the post-COVID global economy recovery. These increased production costs are expected to persist for the foreseeable future, likely leading to relatively heightened egg prices, independent of an avian flu recovery.

In the eyes of the internet, restricted supply, steady demand, and increased prices for eggs have transformed the breakfast staple into a sign of opulence. What was once breakfast food has now become internet fodder for egg-wealth memes, TikToks, and tweets.

In the meantime, if you’re not rich in Omega-3s and would like to save a few bucks, there are plenty of suitable egg replacements. Aquafaba (the liquid found in a can of chickpeas) can replace egg whites in many baking applications. Flaxseed flour mixed with water works in similar situations. Vegan egg alternatives, like JUST Egg, work for scrambles, omelets, and breakfast sandwiches.

Let us know how you are dealing with heightened egg prices in the comments below!

The Best Way to Store Flour Isn't What You Think