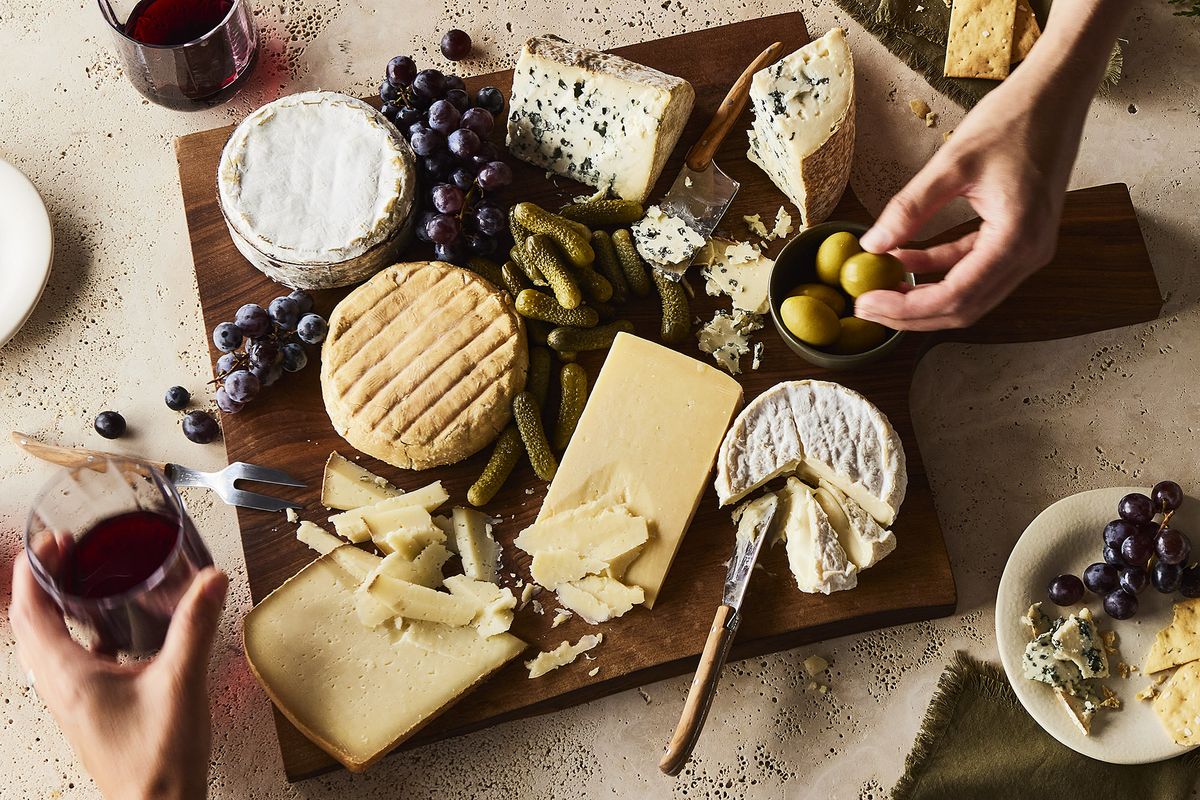 In trying times, few things in life can bring comfort like a crock of macaroni and cheese or baked brie in puff pastry. Unfortunately, you might need to stay away from certain types of cheese for a few weeks.

Late last week, the FDA announced that Old Europe Cheese, Inc. issued a voluntary recall of its brie and camembert cheeses, due to the potential presence of listeria at one of the Benton Harbor, Michigan Cheesemonger’s facilities.

According to the announcement, a “full environmental audit” of 120 samples was collected both from the brand’s products and facilities. While no products were found to be contaminated, one facility sample tested positive for a strain of the Listeria monocytogenes bacteria that’s been associated with six cases of Listeriosis between 2017 and 2022.

Even though none of those six cases have been traced back to any products sold by Old Europe Cheese, the company issued a precautionary, voluntary recall covering a significant range of products sold under various brand names. The recalled products were distributed between August 1st, 2022 and September 28th, 2022, and feature best-by dates ranging from that latter date through December 14th, 2022.

Cheeses subject to the recall were sold at a variety of retailers and wholesalers both in the US and Mexico, ranging from Albertsons to Whole Foods, and a veritable alphabet of supermarkets in between. In all, two dozen brands (including store-name brands) manufactured by Old Europe Cheese have been recalled, with the products in question ranging from seven-ounce Brie wedges sold under the brand name La Bonne Vie to massive 6.6 pound wheels sold by Block and Barrel. For a full list of recalled products (including UPCs), see the FDA’s recall page.

Obviously nobody wants to throw away charcuterie board-worthy cheese, but Listeria is no joke. According to a CDC food safety alert, five of those six Listeria cases from 2017 to 2022 resulted in hospitalizations. Although none of those cases resulted in death, certain groups including newborns and people who are pregnant, 65 or older, or immunocompromised are at greater risk of severe or fatal illness if they contract listeriosis.

If you’re bummed about this news, you’re not alone. The gouda news is there are plenty of recipes spotlighting non-recalled cheese that are worth cooking right now.

A seasonal play on Provençal casserole, this dish spotlights harvest produce and pairs it with sharp cheddar. Easily baked in a skillet instead of the traditional tian, it can function as a side dish that serves up seasonal vibes, or even a vegetarian main fit for a meatless Monday in the fall.

Mixing sharp cheddar and mozzarella into one melty melange, this potent polenta is one of the dreamiest ways to put broccoli on the dinner table. Expertly balanced by red pepper flakes, garlic chips, and lemon zest, it’s imbued with just the right amount of richness.

Flattened mozzarella stick? Vegetarian version of an Oktoberfest staple? No matter how you slice it, the combo of a crunchy faux cutlet and chewy, gooey mozzarella is a match made in heaven. Best of all, you can go from craving to consumption in just ten minutes.

Salmon with a side of leafy greens is a straightforward staple of many a health-minded diet, but this particular pairing is more than meets the eye. Featuring a simple prep process, it’s just about the easiest way to recreate the flavor of buffalo wings on any non-Game Day.

5 Less-Expensive Places to Get Custom Furniture