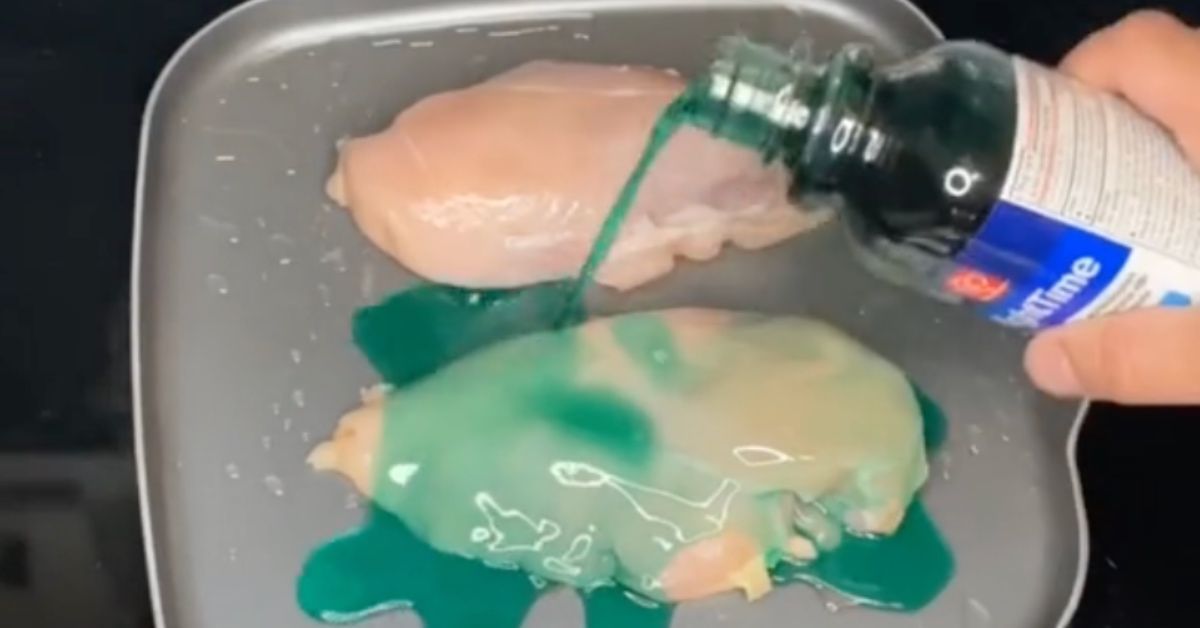 The internet loves little more than to gawk at the culinary horrors of TikTok, and the latest one making the rounds features “Sleepy Chicken,” which involves cooking chicken breasts in a neon sea of cough syrup.

The online articles about it gasp at the dangers of the supposed trend, interviewing doctors about the potential harm and making vague allusions to how widespread and horrifying it is. (And to be clear: Do not do this—it is not a great plan from a poison safety standpoint.) But none seem to demonstrate any actual evidence that people tried to cook their chicken in cough syrup and actually ate it.

At least one person cooked the dish: The original video demonstrating sleepy chicken came out in 2020, from what is clearly a satire account—in another video, he grocery shops dressed as a banana and tries to pay in “banana cash.” His pioneering recipe for sleepy chicken involves measurements such as “four-thirds of a bottle,” techniques like pouring the used cough syrup back into the bottle, and instructions to boil for “five to 30 minutes.” The finished dish includes obviously still-raw chicken, now an iridescent bluish-green shade. It did not include footage of anyone eating it.

Like the time Gen Z took heat for not believing birds are real and the whole “TidePod challenge” era, little evidence exists that anyone has actually consumed sleepy chicken. Certainly, as the doctors interviewed by horrified writers at the NY Post and Newsweek explain, it would be a terrible idea. Cooking concentrates the medicine making it easy to take too much. And anyone who lived through the “robotripping” era of drugs (which, unfortunately, was a real thing) can tell you: It is a no-good, very bad idea.

Thankfully, nobody seems to be truly ingesting the disgusting “Sleepy Chicken” and if you search TikTok with that hashtag, the results include about 10 percent people horrified at the supposed trend and 90 percent people showing off their pet chickens taking a nap, which is an excellent trend that does deserve the internet’s attention.

Our Most Popular Recipes in May